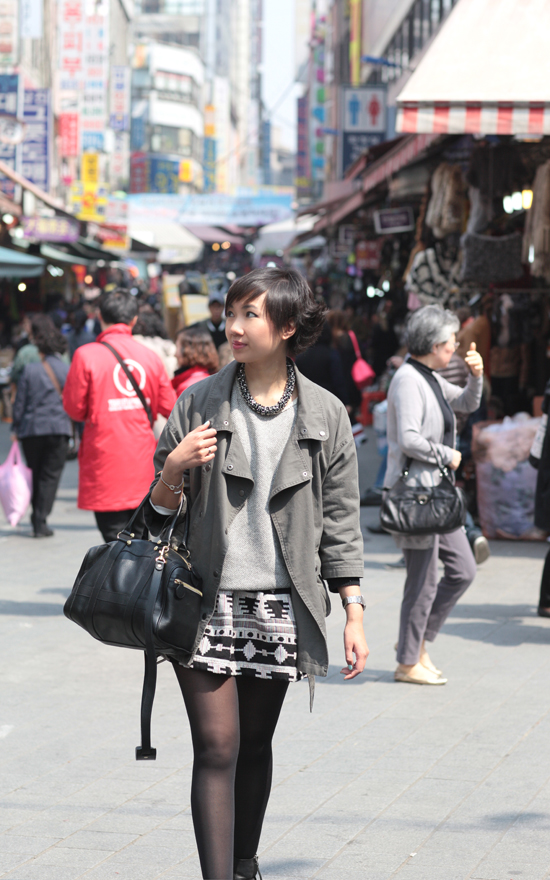 Seoul is a huge city. Going from point A to point B requires quite some effort (and time) walking: to cross the street, the green man light lasts about 20 seconds and then turns red for 5 minutes – you’d better not miss the boat! 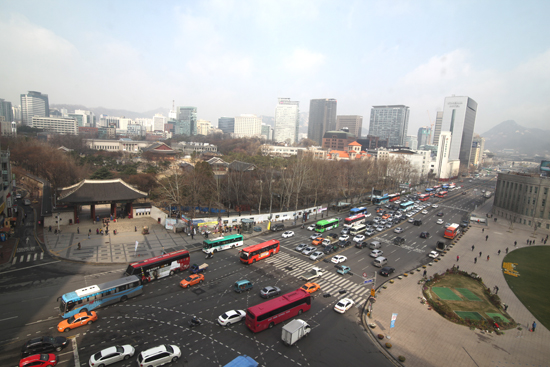 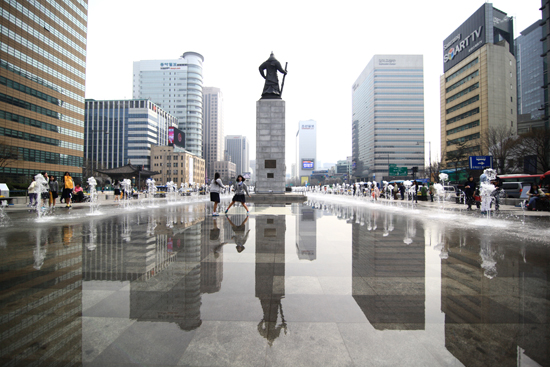 That’s why the subway is one of the easiest ways to move around in town. After it took us a bit of time to get used to it (pay the ticket according to the place to go to, make sure the direction is right), we simply kept using this mean of transport. 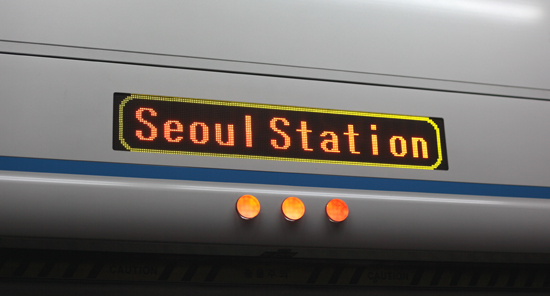 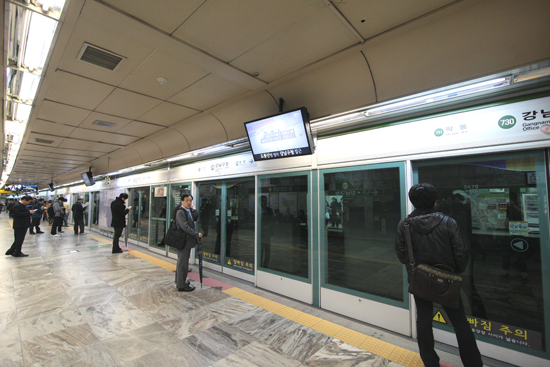 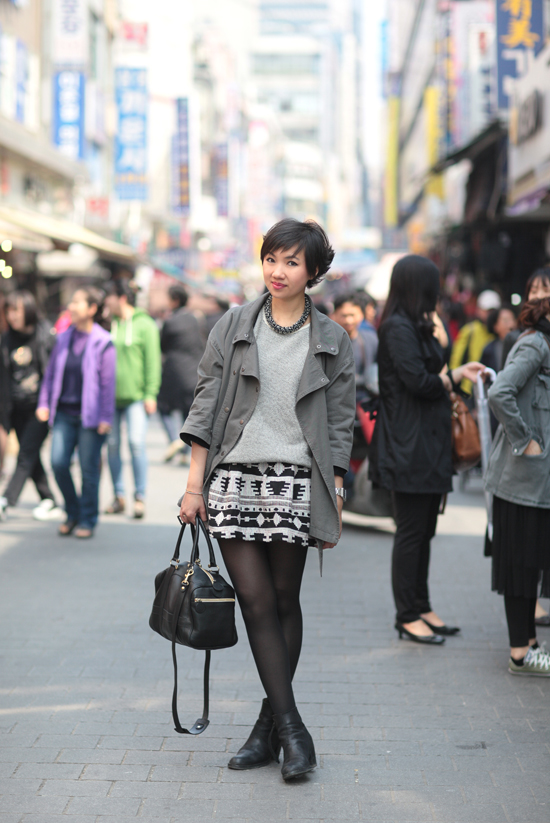 As for taxis, they’re also convenient to use, not too expensive (compared to France), however most drivers don’t speak any English and can only read addresses written in Korean… So being in a cab there always feels like being on the Peking Express reality game show! Quite an adventure! 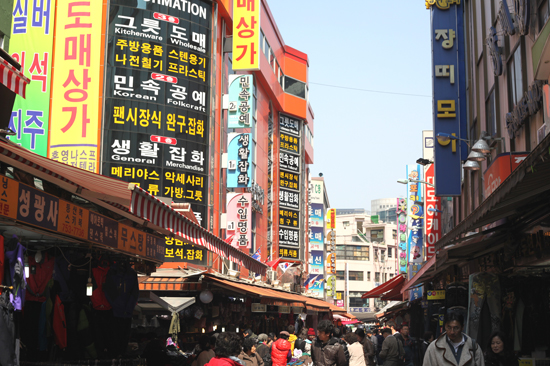 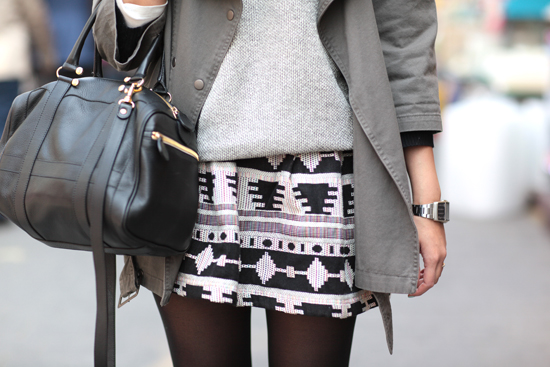 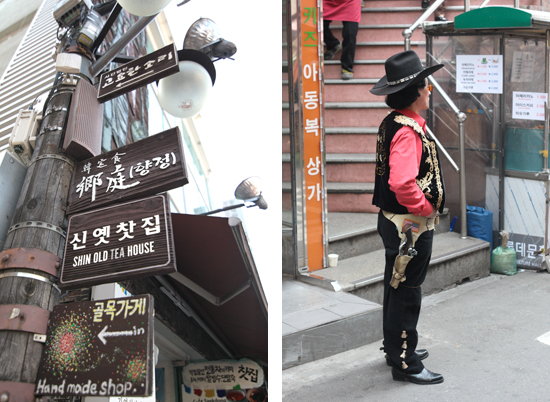 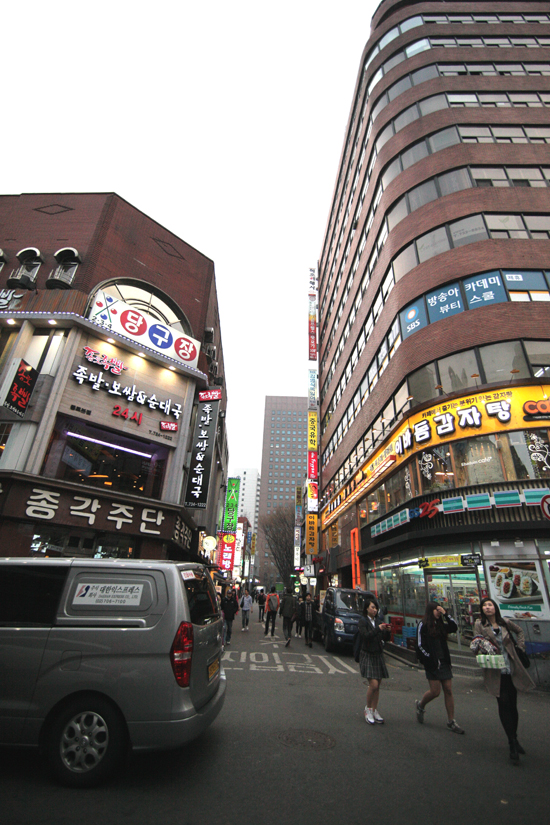 That said, once you are in a given area it’s rather enjoyable to just walk around. Many street food stands pretty much everywhere (I believe I have tasted EVERYTHING that came my way… I will talk about this again soon!), very animated streets full of people, colourful markets… 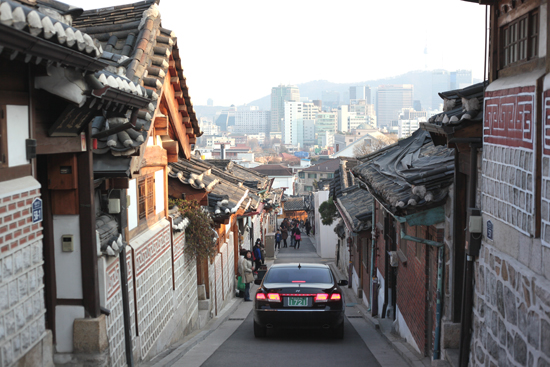 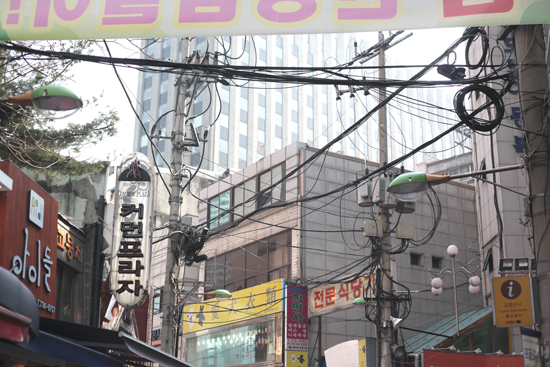 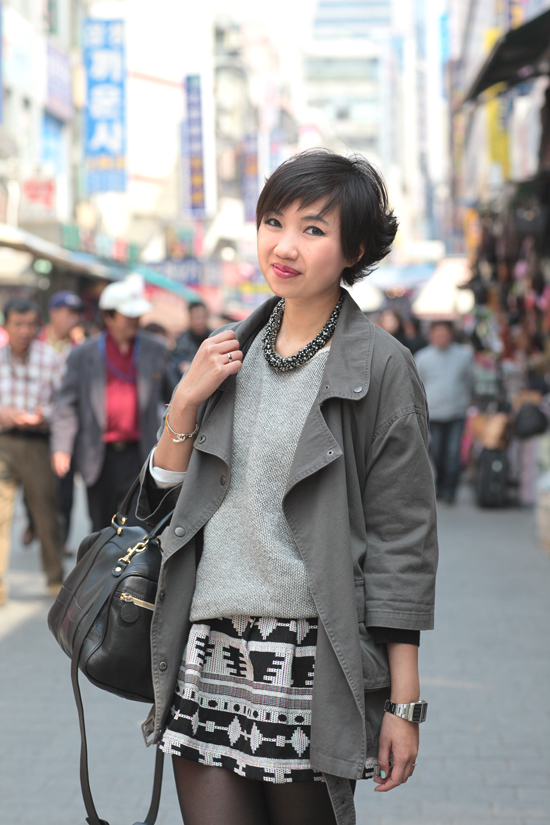 In terms of look, for a walk at the Namdaemun market, I wore a skirt found in a shop of the Bukchon Hanok village. Korean fashion is quite hard to define: I noticed that large and fluid volume trench coats were a highlight this season. The looks are rather sober in general (if we compare them to the Japanese) but always with nice cuts.

So… still enjoying the visit in my company?