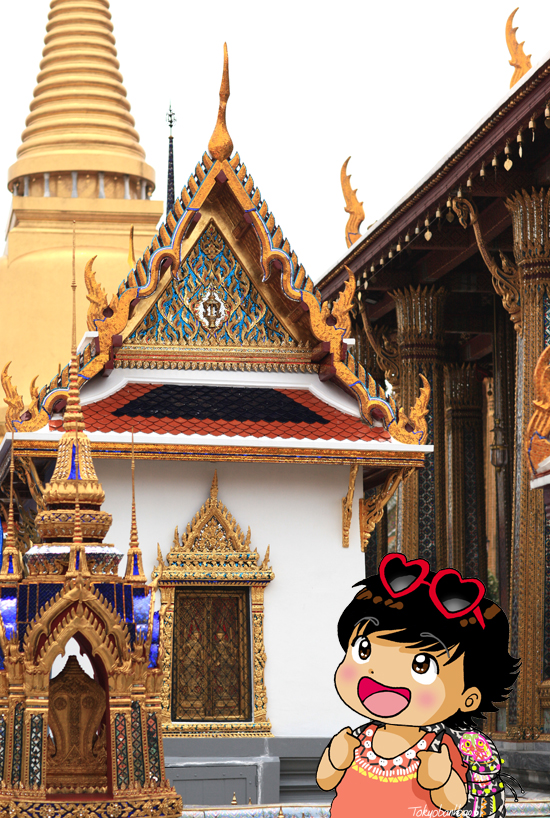 I know you’ve all got the sales on your minds, wishlists, good deals and all that, but let’s gravitate towards spirituality for a few minutes (and it’ll allow you to sing incantations for this pretty dress to be put on sale at 50%).

I wanted to continue that trip in Thailand with you by showing you the temples (they call them “Wat”) I most enjoyed. Let me start by telling you that in Thailand, temples are about as commonplace as Starbucks (I’m sure Buddha will enjoy this comparison). Of course, I’m far from having visited them all, but I’m sure that’s how the whole thing was planned: that way we always have to come back! 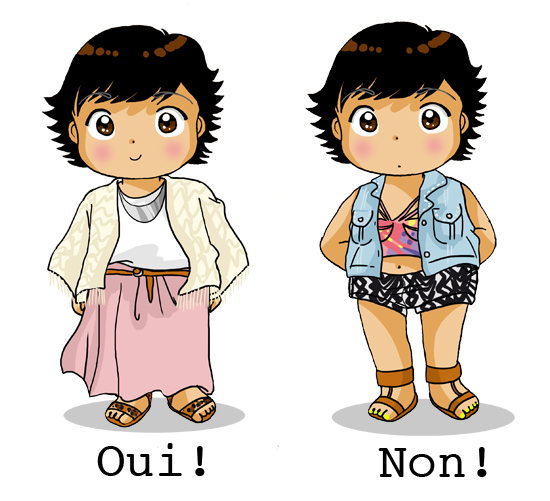 I had been told that you needed to be decently clothed in those places of worship. I had thus prepared a number of loose pants. That said, in most of the temples, they can lend you lengths of fabric to cover your arms and legs, so if you ever decided to go with an extremely short skirt, you wouldn’t have to wait outside. It’s also a good idea to think about wearing slip-on shoes, as they ask you to take them off before you enter the temples. If you were planning on wearing your Pirate Boots, you might want to reconsider. 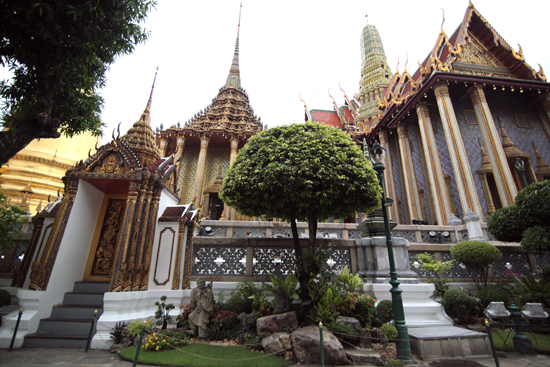 in Bangkok: the first temple I visited after stepping off the plane, not quite knowing exactly where I was after those 12 hours of flight. 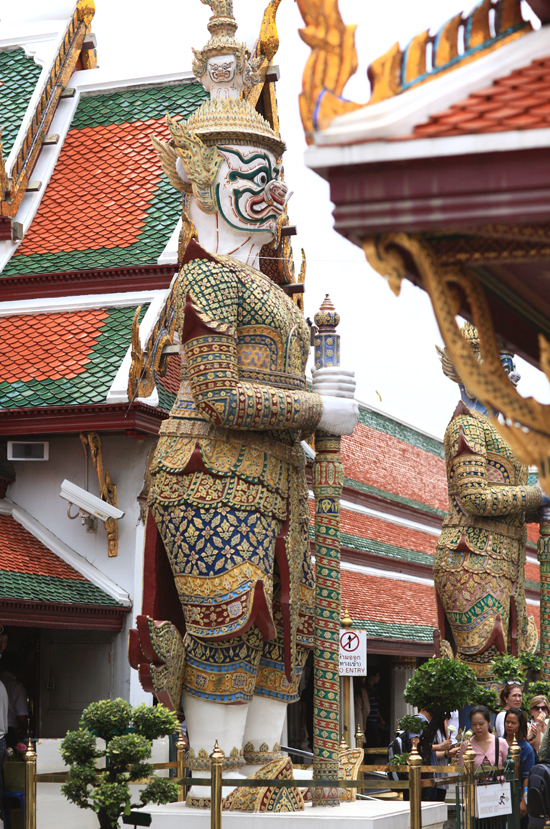 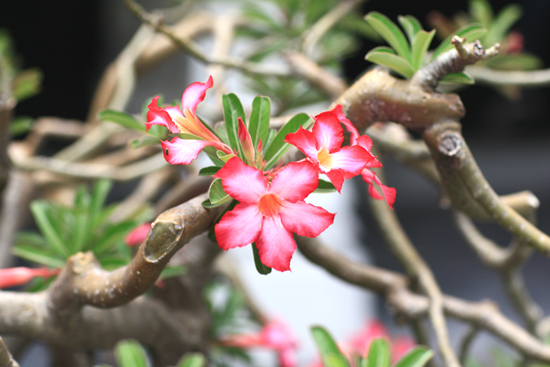 For those of you who are minimalist fans in matters of architecture, you can move along now, but well, if you do move along, you’ll regret it your entire life (haha, here I am randomly casting curses). I couldn’t get a picture of the emerald buddha as it’s forbidden, and I’d rather play by the rules (ok, fine, my picture turned out to be hazy). However, I do hope that these pictures will make up for the shortcoming. 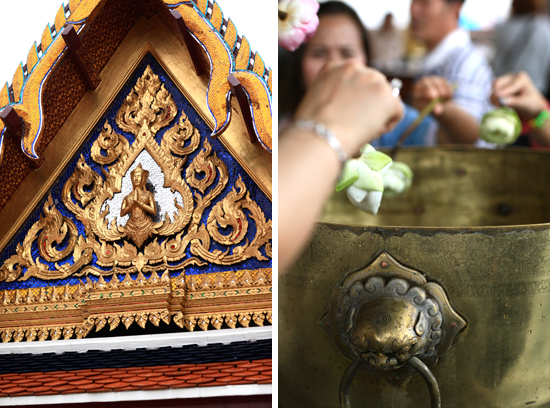 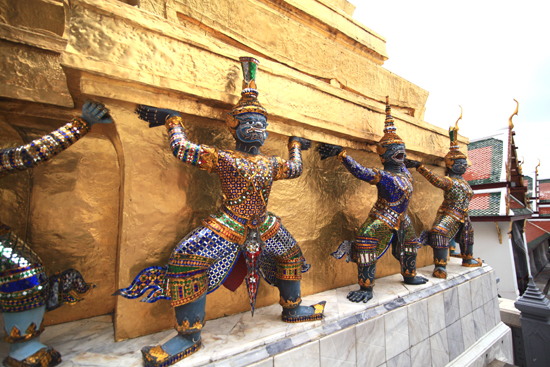 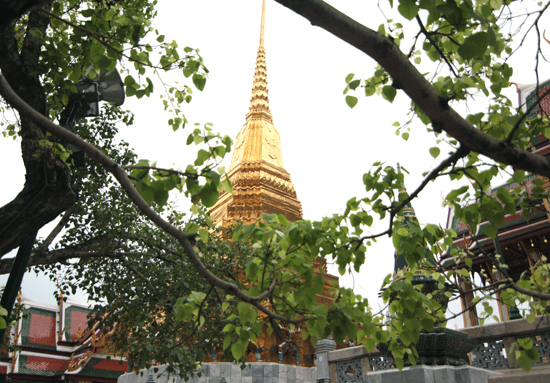 is home to the most impressive 46m long Reclining Buddha. It’s also home to the Thai massage school (Ah, that Thai massage, we’ll get back to it later!). Place of worship and beliefs but also of superstitions, this is where I bought a rainbow colored bracelet that apparently has the power to bring luck, and I drew a prediction, very much in fear of the outcome. Thankfully the prediction was good (but I suspect they all are). 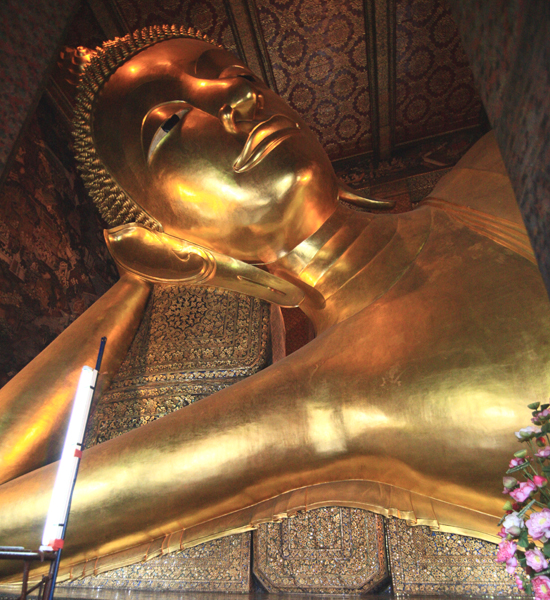 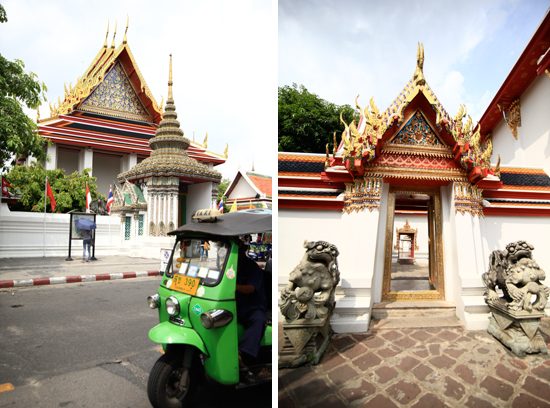 You’ll notice that all my comments up to now are far from bringing you any sort of historical details but I’d rather let you read your travel guide during your flight. But just for the sake of it, here is a fun fact: it was built in the 16th century (what do you mean, boring?) 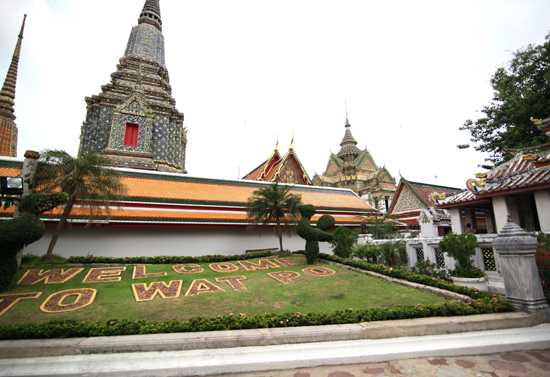 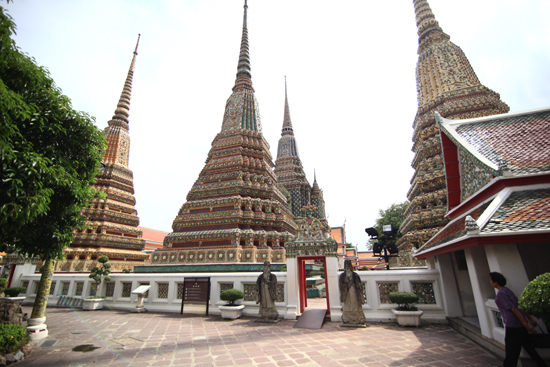 THE HISTORICAL PARK OF AYUTTHAYA

combines a few temples, all in ruins since they’ve all been built around the 1350s. (You wanted historical dates? Be my guests!). This was one of my favorite visits, even though it took place under a scorching heat. There was another reclining buddha there too, but it was outside this time. 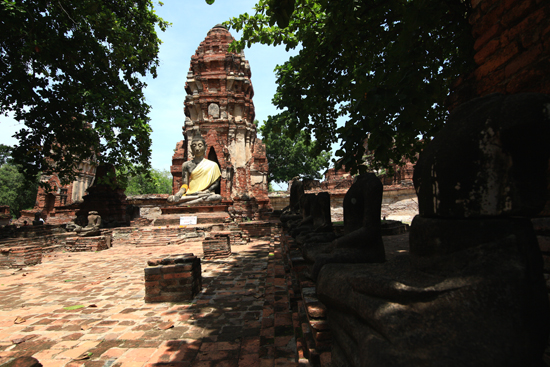 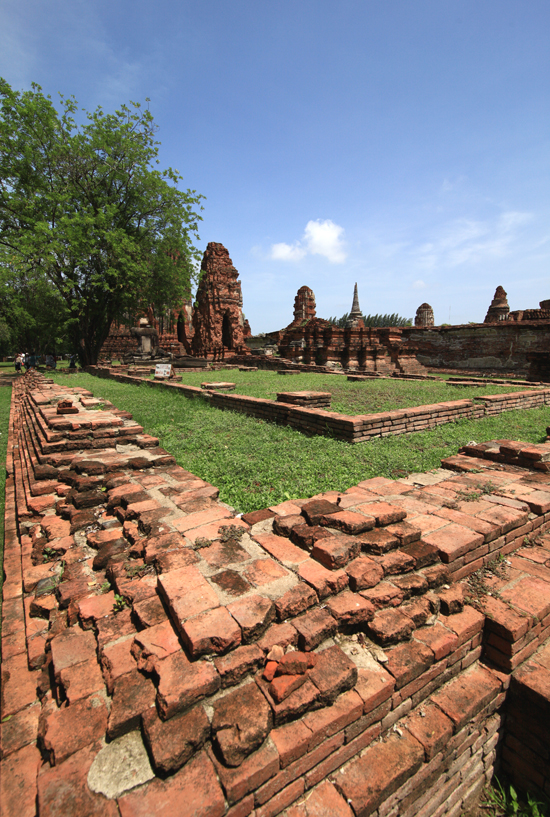 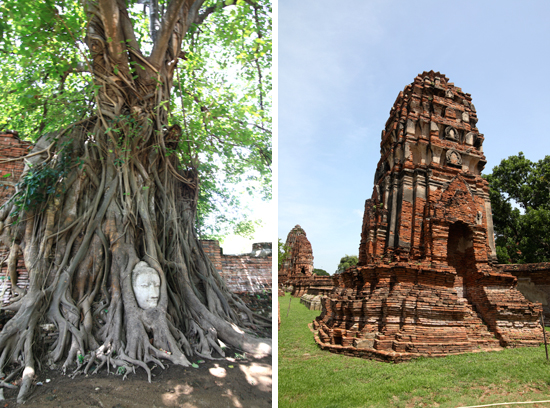 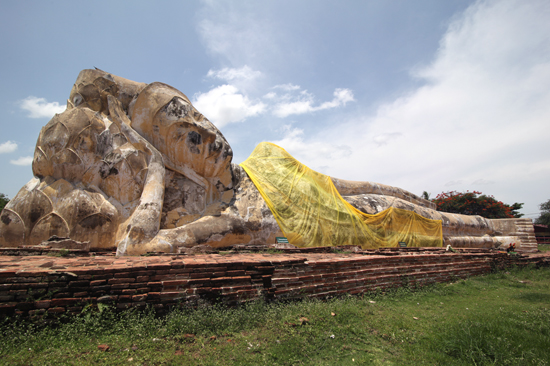 in the Chiang Mai region, up north. It’s a temple situated at an altitude of more than 1600m, with 300 steps to the top (there is also a cable car for the lazy, but I chose the athletic solution). Gold and crazy-mind blowing architecture when you reach the top…And some more superstition as whoever rings all the bells will be followed by luck his whole life (and even afterwards). 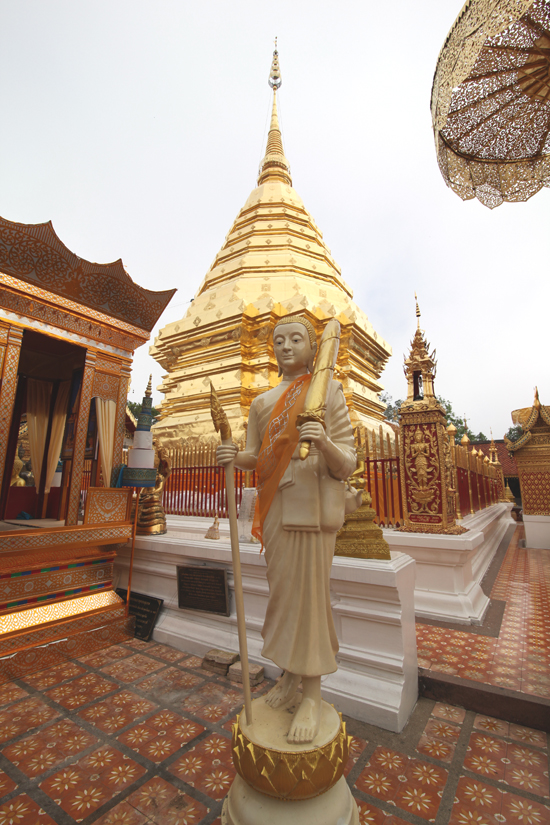 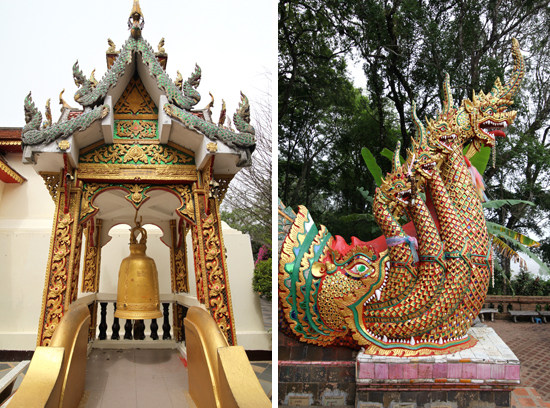 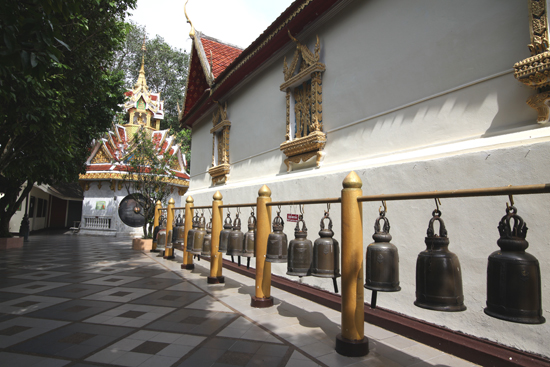 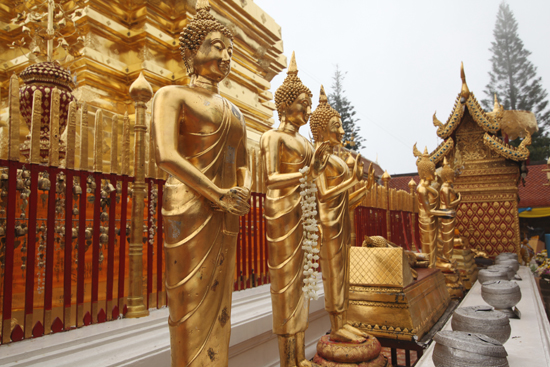 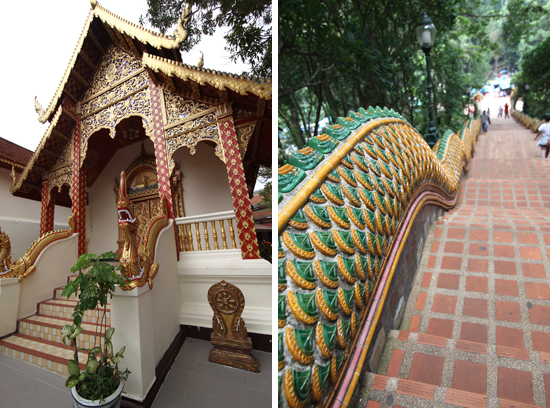 So, how was that? Still motivated for the sales? (English translation by Bleu Marine)