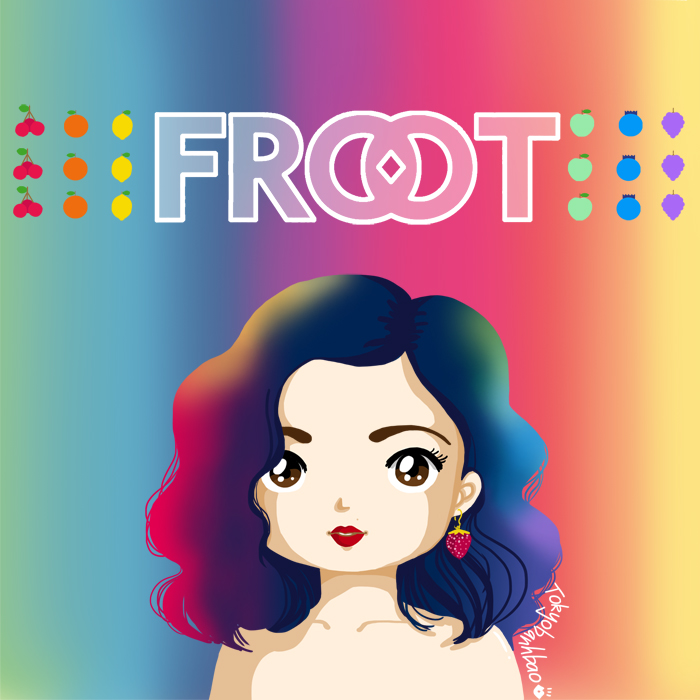 For the past few months, I have been only listening Take That (do not smile, someday I might explain you why I like them so much, and strangely even more now than their golden years in the 90s). A new album came out to renew my playlist.

Marina and the diamonds

I actually discovered Marina & the Diamonds pretty late, when one of her songs was played during the 2012-2013 Fall/winter Burberry Fashion Show. I went to a shop right away to buy the “The Family jewels” album (yes, I still buy CDs: so 1995!), and listened it in a loop the following weeks. 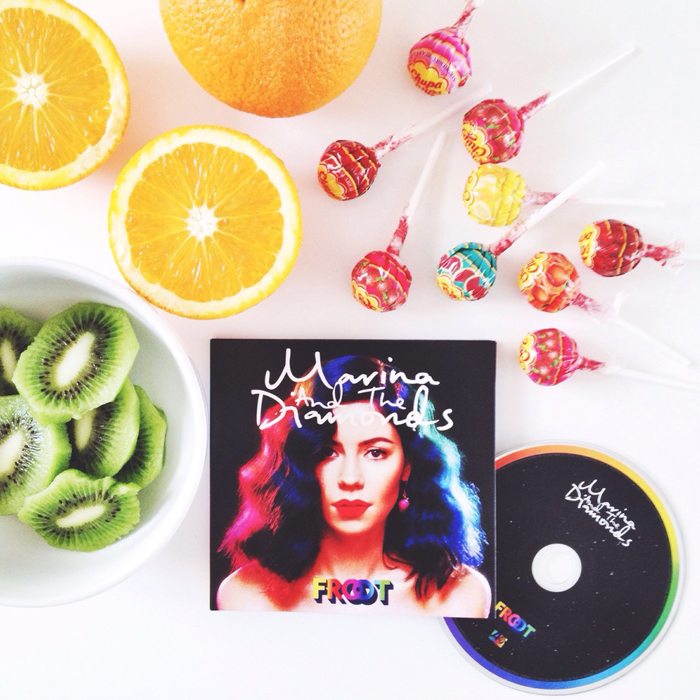 Then, two weeks ago, I heard she released a new album with a yummy name “Froot”: I listened it, got convinced by the persuasive “Forget” (below), bought the CD (economically speaking the music industry can count on me), then convinced by “I’m a ruin”, “Better than that”, the ironically melancholic “Happy” and finally by all the songs.

It inspired me a drawing. Hoping Marina’s music (the “Diamonds” are supposed to be her public, in another word, us) transports you as much as it does with me. Enjoy!