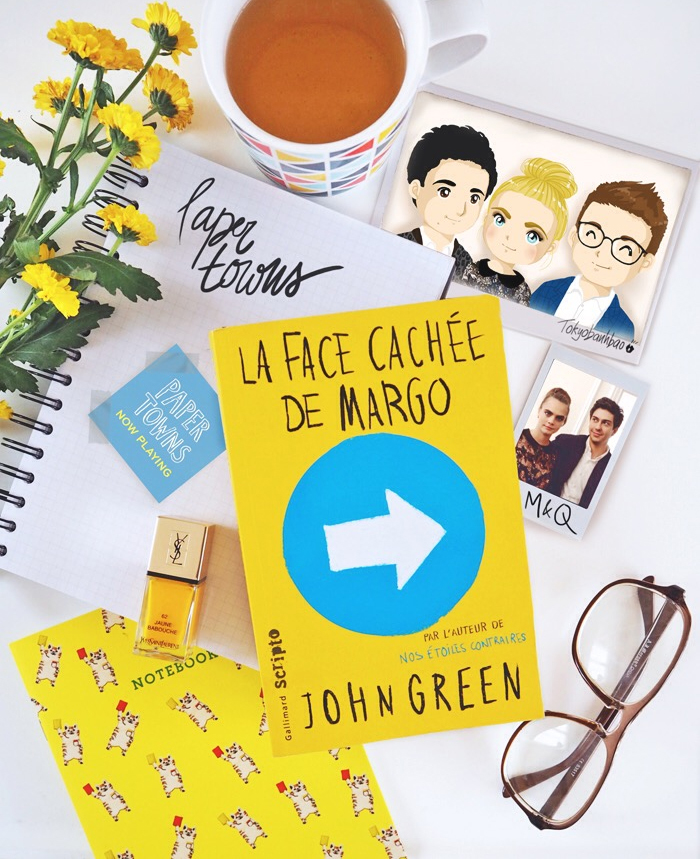 Let’s take a fashion-break: here’s a drawing for the movie “Papertowns” (out August 12th in France) that I got to see at a premiere in June.

If you used up all your tissues on “The fault in our stars” (be it the book or the movie) and/or you’re a fan of John Green’s books, this might be of interest to you, since it’s based on his novel of the same name.

On my part, I enjoyed the movie, even though I must admit I didn’t love it as much as the first one: I was especially curious to see our dear Cara Delevingne‘s debut as an actress. .

The movie team in Paris

The actors (Cara, Nat Wolff) and the author John Green were all in Paris for their promotion tour in France, and I was lucky enough to be able to see them in a press conference at the Bristol Hotel. 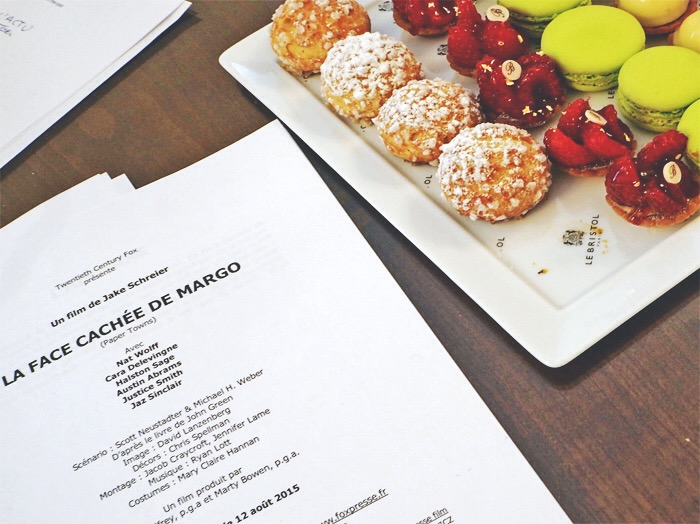 The conference was a short one (15 minutes!), and I was surrounded by a dozen bloggers/journalists, so it wasn’t ideal to ask my own questions (I did manage to ask one though!)

The experience was interesting though: I got to see how a press conference works, and witness with my own eyes how perfect Cara is (these legs!), and how friendly and laid back Nat and John are. 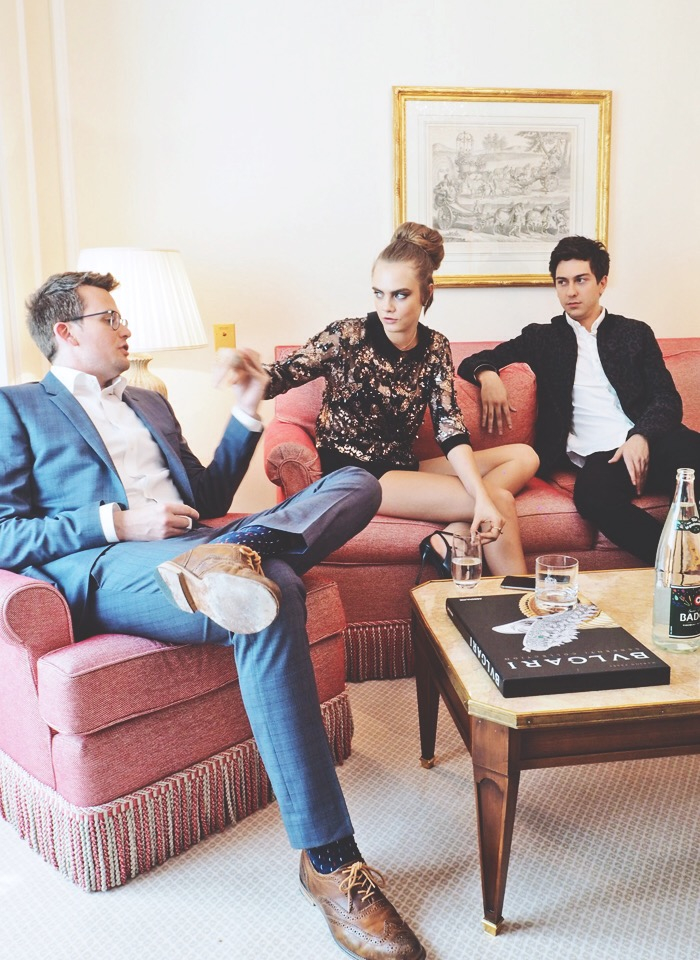 So, as an improvised reporter, I learned that:

– that she was deceived in love by a boy called Robert Kaisersteen (?) when she was 5

– that as a child, she used to collect conkers and pieces of glass on the beach because she thought they were precious stones (this was her answer to my question – wait for it : “Do you, like in the movie (where there’s a collection of black Santa Clauses) – have a tendency to collect unusual things?) 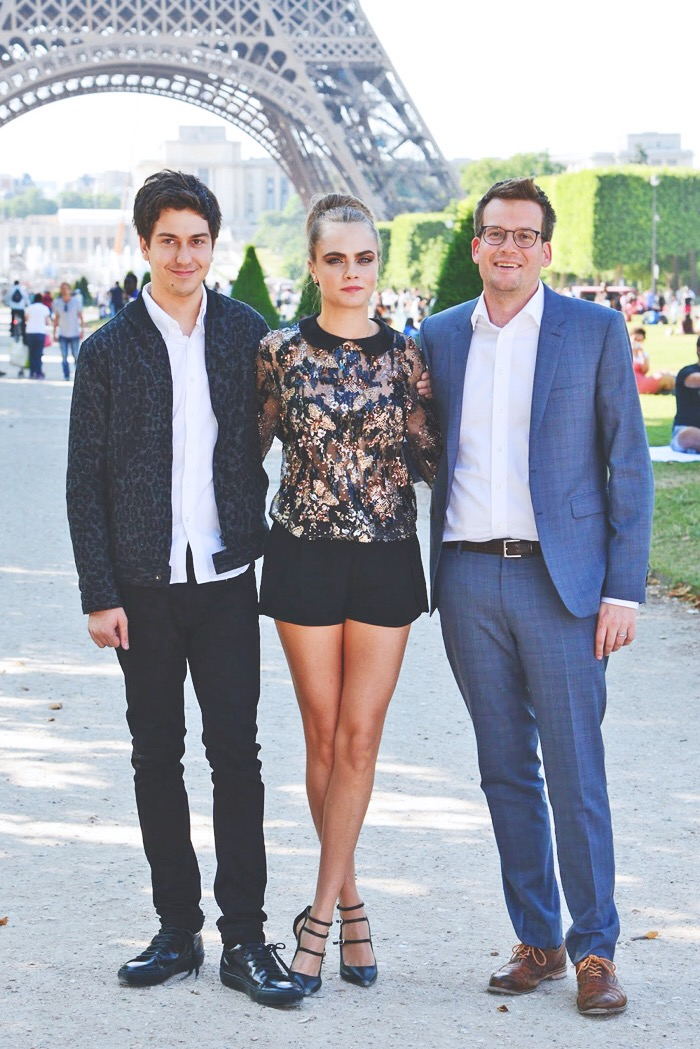 I also got to see that Nat and John were actually really good friends in real life, and that John didn’t really know Cara before casting her, following the -wise- recommendation of an assistant who sang her praises. He was convinced by her performance during the casting.

Cara and Nat also get along really well. The first says of the latter that he is a “ray of sunshine” and Nat isn’t shy on his compliments about Cara either: “beautiful, sensible, spontaneous, wonderful actress”.

This film might not be the best one to get a full view of Cara’s actress talents ( I find the movie somewhat lacks in emotion in comparison with the book) but it won’t stop most of you from having a good time if you’re nostalgic (or actually experiencing) teenage love issues, the whole thing being wrapped up in a mysterious paper chase ! (English translation by Bleu Marine)

Photo credits : ©Tokyobanhbao except the last one ©20th Century Fox