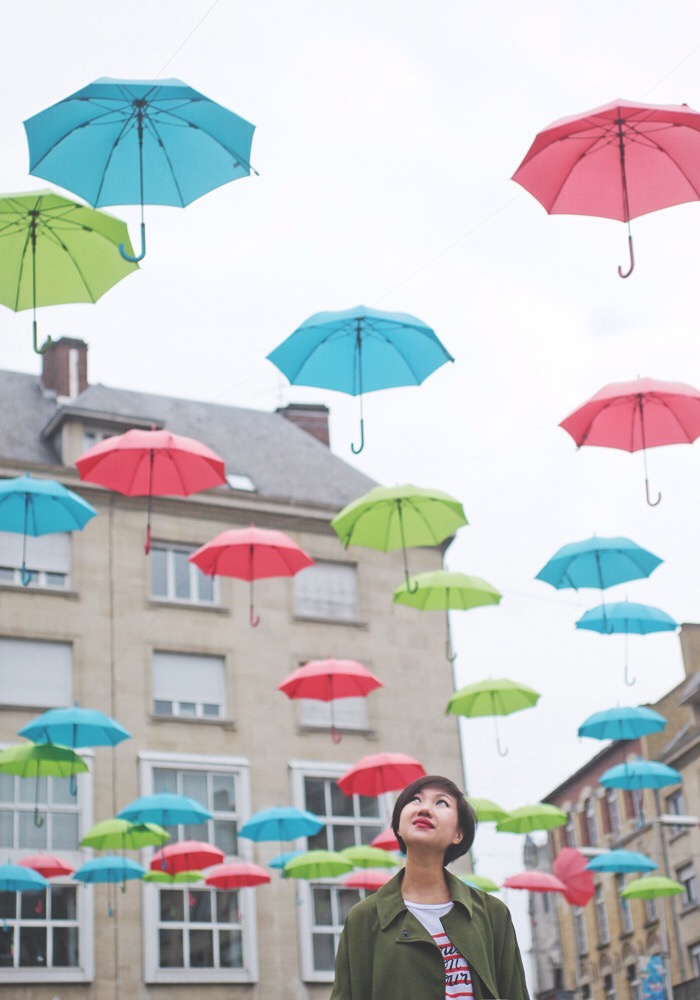 Today, I’m taking you with me to Amiens, a city I visited during the 15th of August weekend, on a whim. I must admit that when my SO told me “On our way back from the Touquet, we could stop in Amiens, it’d be a break from the road, what do you think?” I was not convinced. 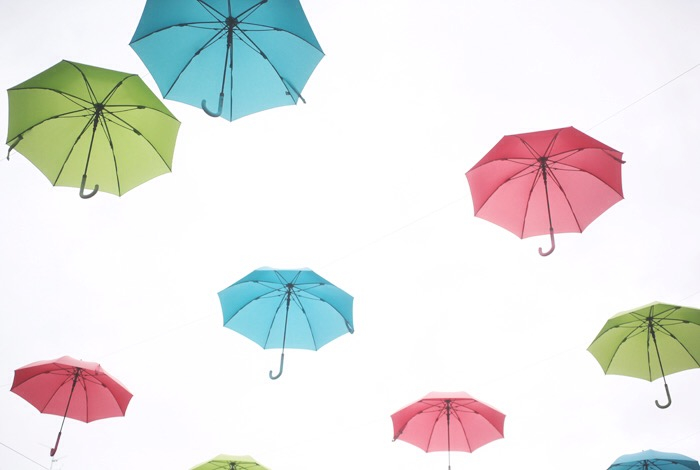 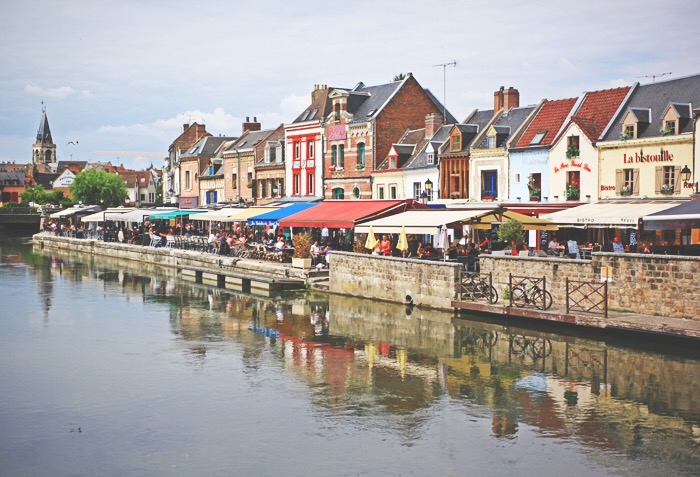 There are places you vaguely hear about and of which you have a rather indefinite and unflattering idea. 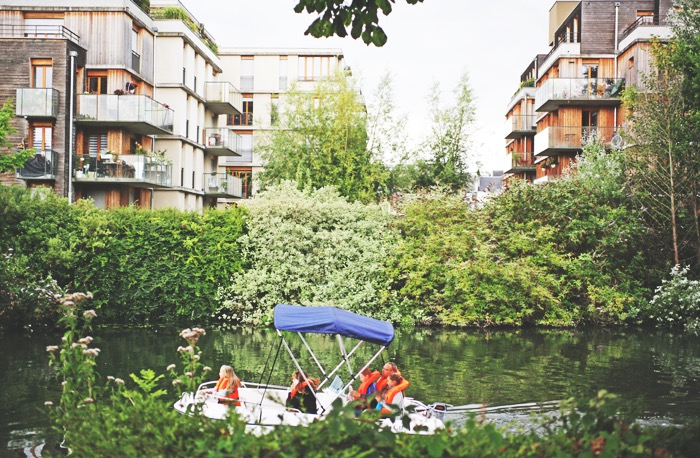 Amiens was on that list for me. I wasn’t sure you could tell your loved one “Honey, I know it’s been on your wish list for so long, this weekend, let’s head to Amiens!” Now I’m sure it’s something you actually CAN do.

The charm of this city in the Picardy province resides in the banks of the Somme that runs through the city, lined with pretty colorful houses. I found some to almost have a scandinavian feel to them. 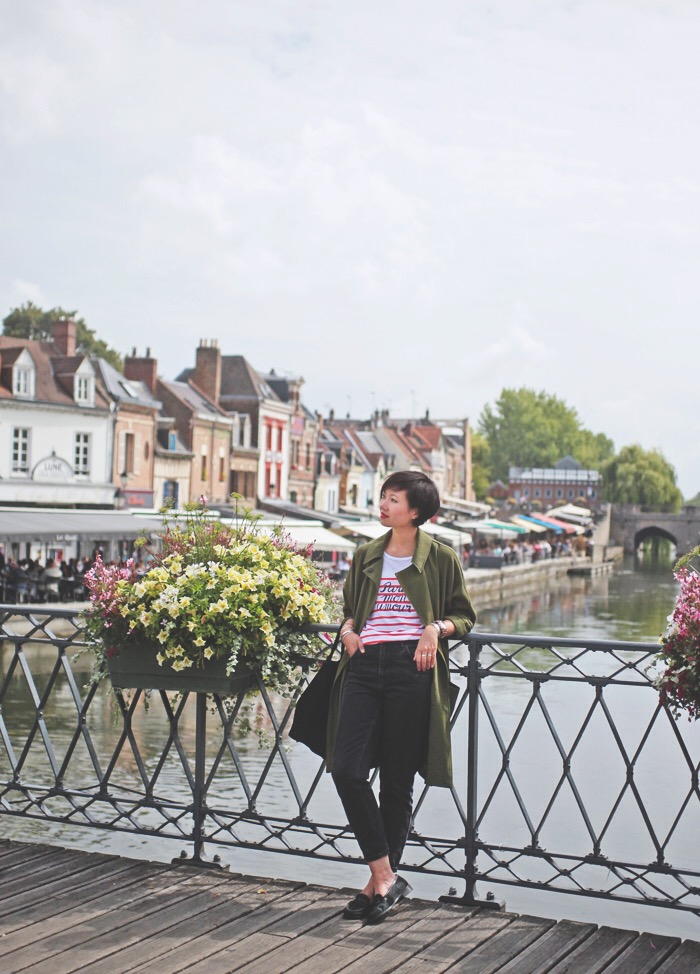 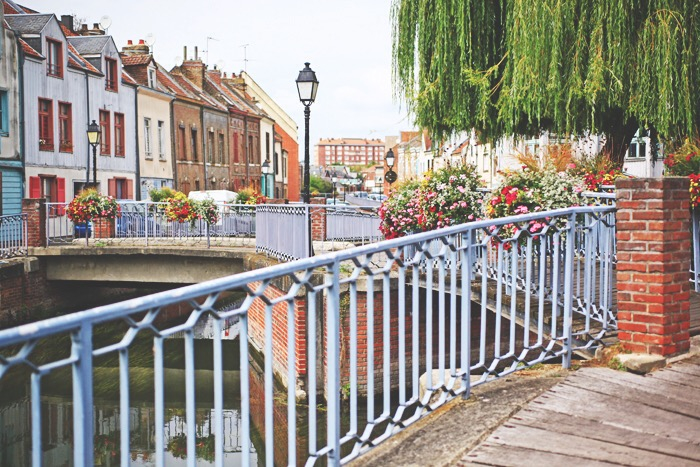 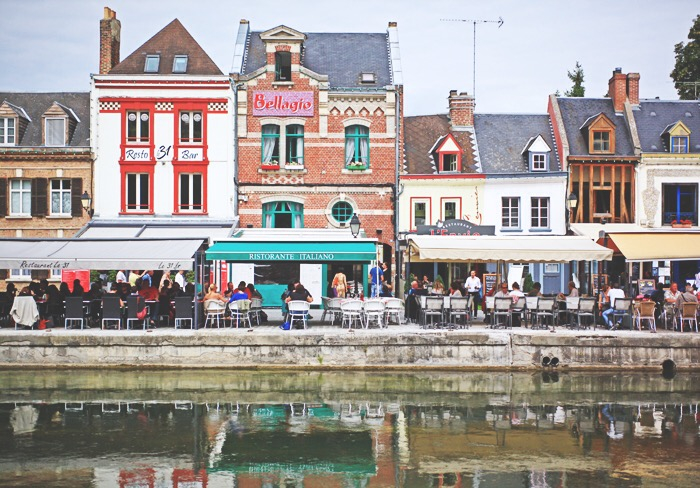 This is a rather touristy area, and perfect for a stroll and food, with a number of bars and restaurants you can choose from. I imagine it’s the most animated place in Amiens (but maybe I’m wrong = as you can see, I’m an expert tourist guide). 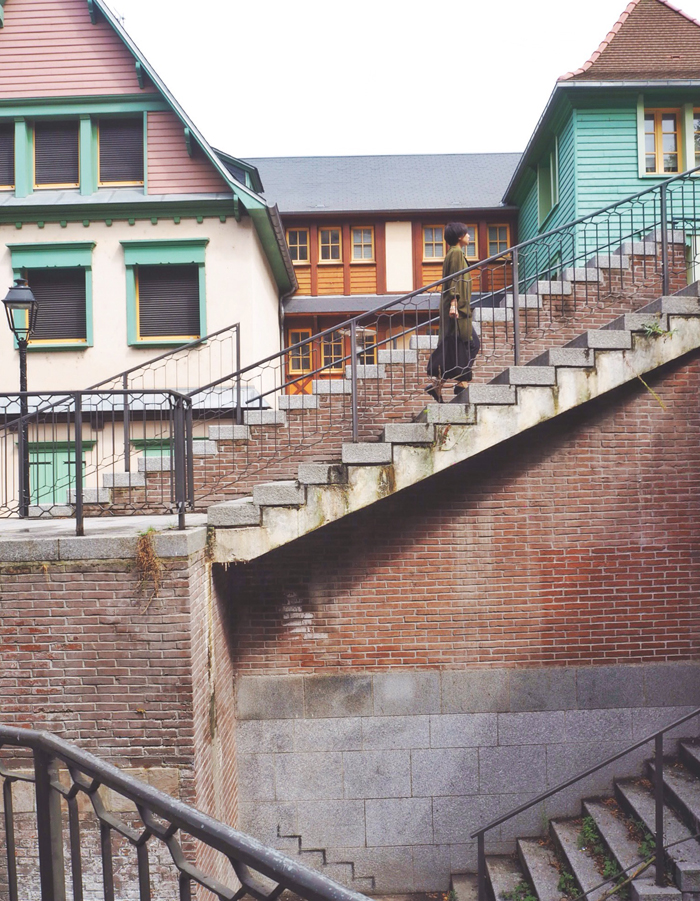 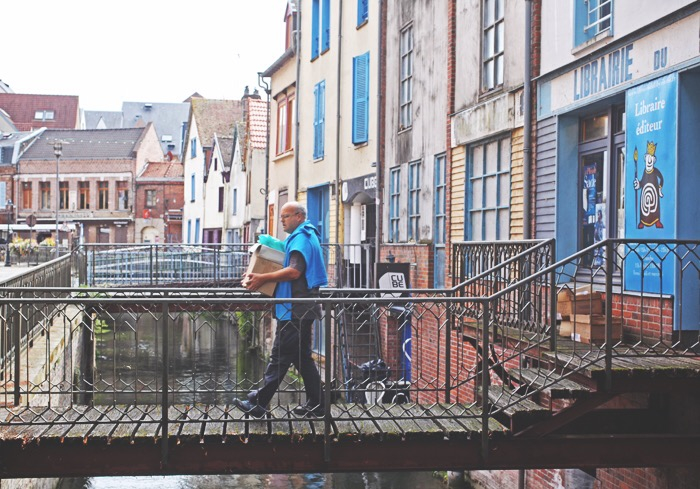 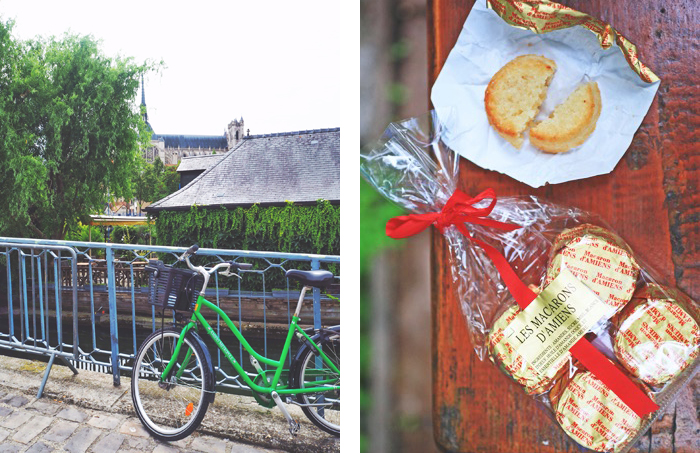 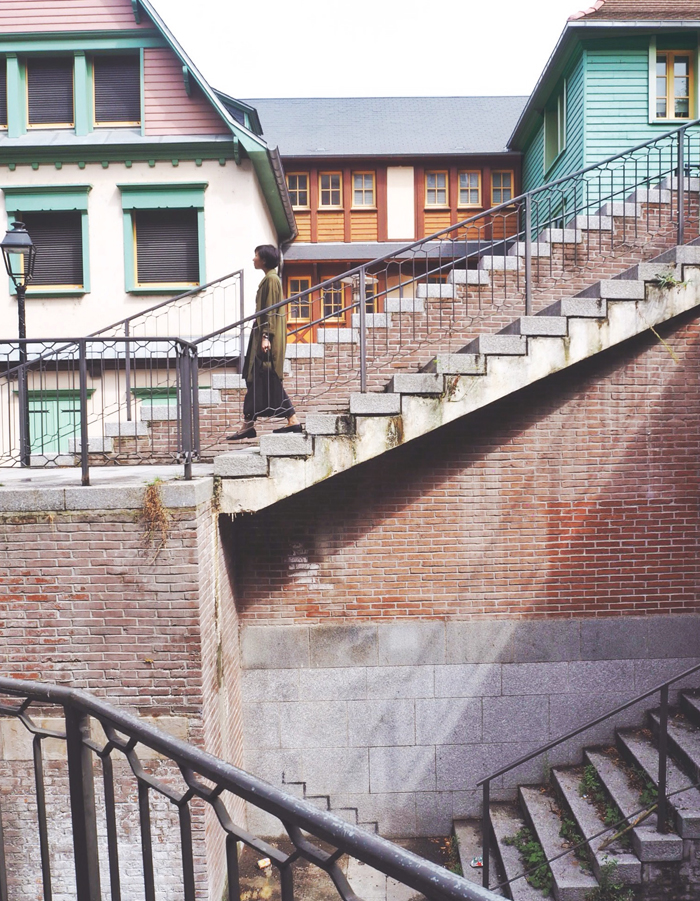 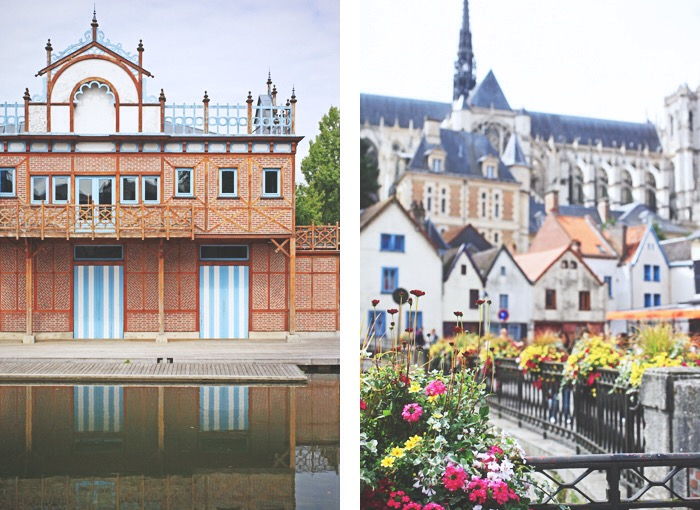 I had heard of the cathedral (again, in a very vague way), but I didn’t know it was actually classified as a UNESCO world heritage. And now I can see why.

And if I want to bring everything back to Paris (haha, isn’t it annoying? Especially since I’m an “adopted” parisian), Amiens’ Notre-Dame is twice as big as the one in Paris. Impressive, right? 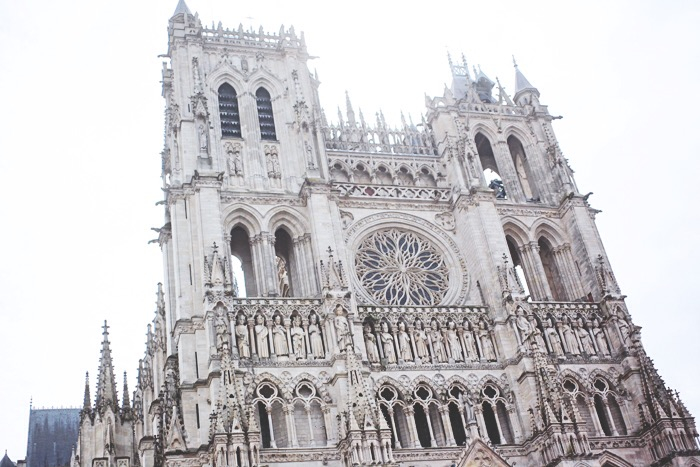 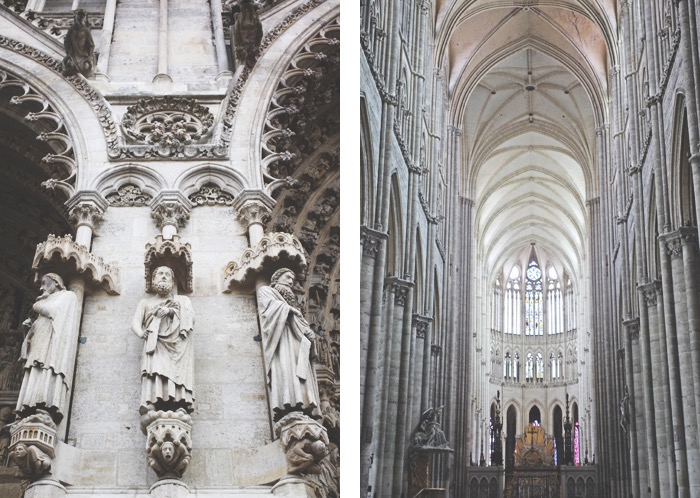 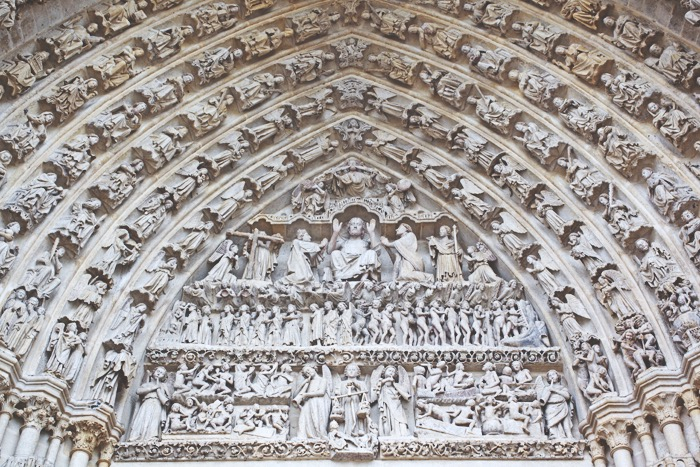 At nightfall, there is a whole lighting effect on the facade, but we were too busy eating (at Les Marissons restaurant (Rue de la Dodane), that I recommend both for the service, the atmosphere (= the terrace) and the food), and didn’t leave in time for the night show. Next time!

Amiens little jewel is its “hortillonnages”: floating gardens, most of them inhabited, in a labyrinth of canals.

You can visit them in a boat with a guide, but I also saw people rowing on their own, so I’m guessing you can get your own boat. 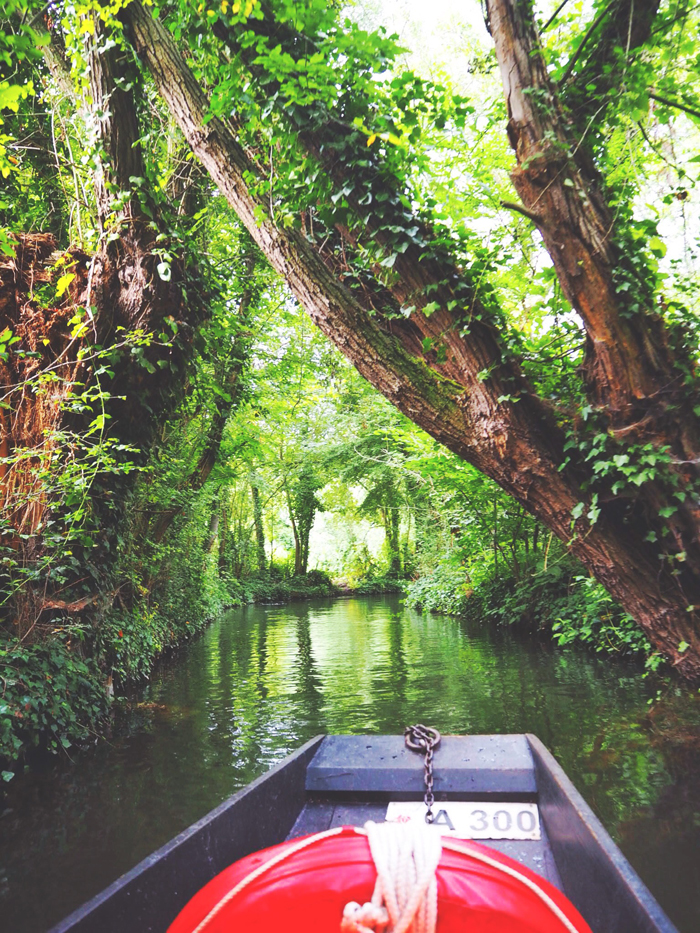 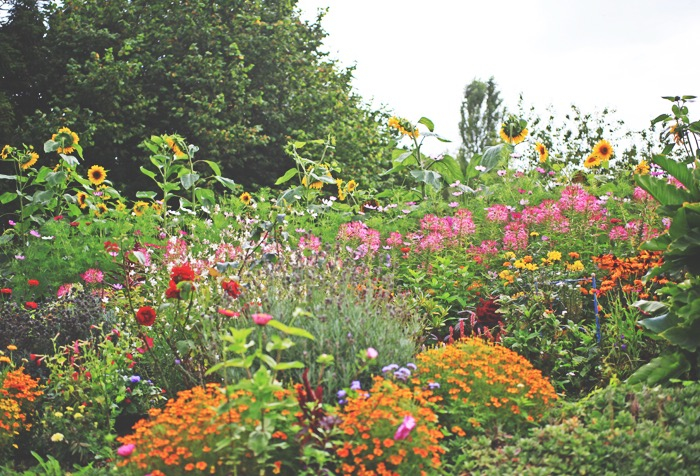 As for us, we didn’t get too adventurous: we opted for the 45 minute guided boat ride, in a blooming and very relaxing decor. 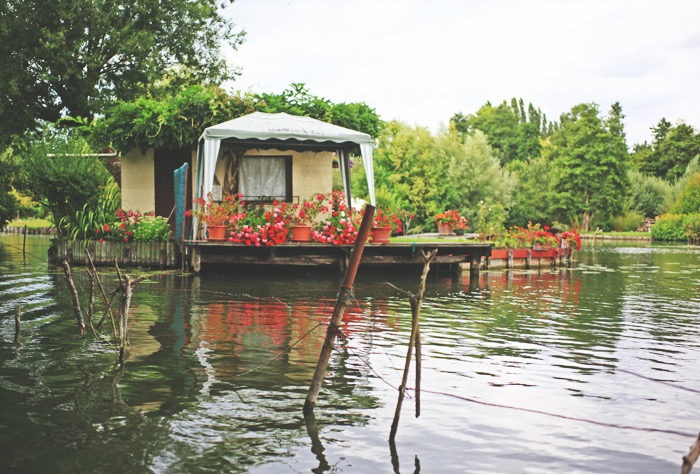 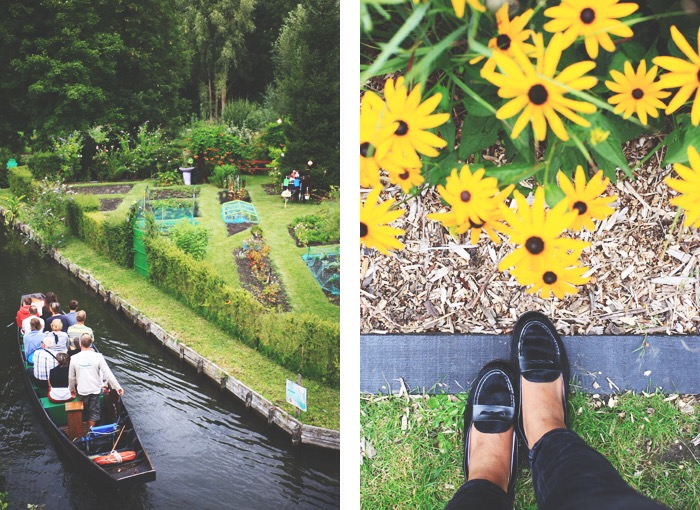 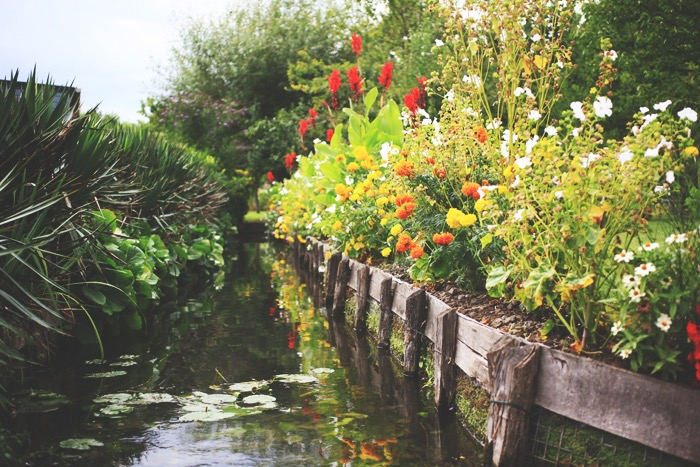 We also walked alongside the canals, as little footpaths are arranged for those that might not have “river legs”. 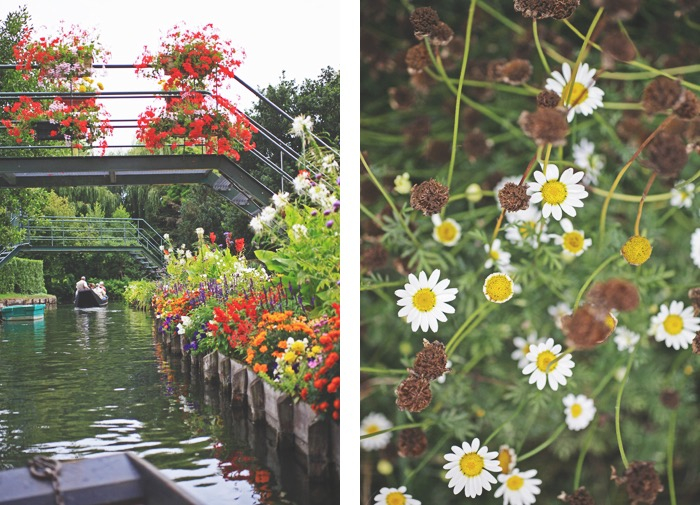 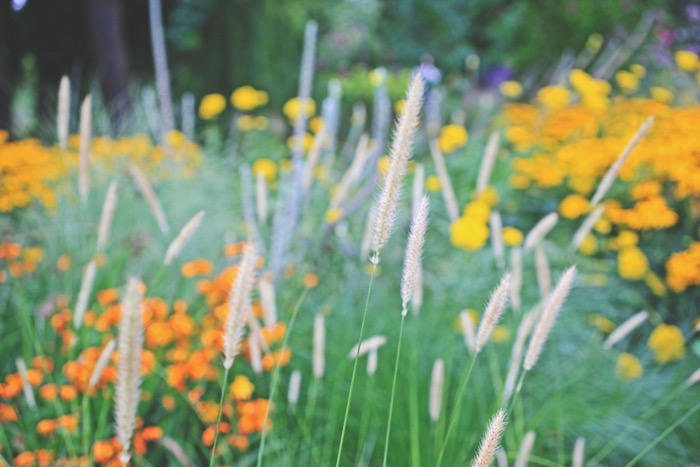 So here’s a (non-extensive) summary of a day spent in Amiens : we didn’t get around to the museums (the Jules Vernes house is on our list for next time) or the Saint-Pierre park (we just passed by it), but it’s 2h from Paris by car (or 1h30 by train), so it’s totally doable in a nearby future! (English translation by Bleu Marine)