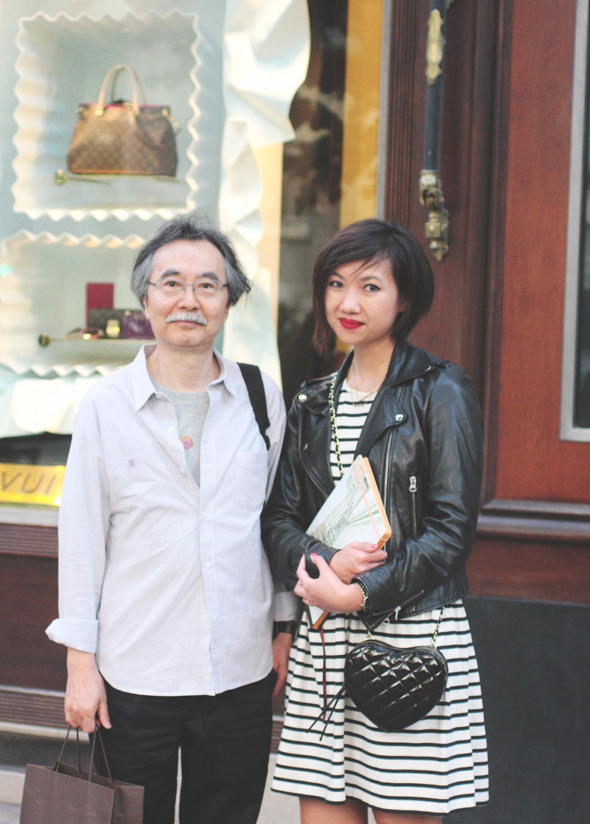 I will never thank my blog enough (and you) for allowing me to live exceptionnal human experiences (like here, here or here). Last tuesday, I was amongst the lucky ones to be invited by Louis Vuitton to meet with Jirō Taniguchi, the famous manga author.

When I heard about this, you can only imagine how excited/impatient I was, knowing that I’ve been a fan for such a long time (here and here for example). 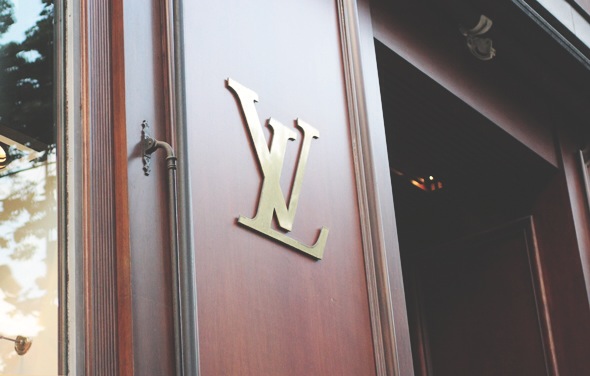 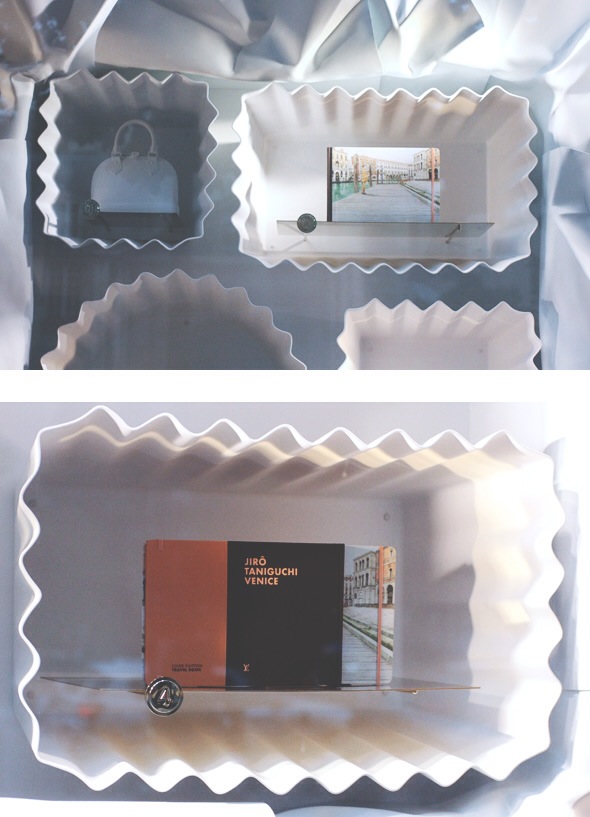 Meeting point: the Louis Vuitton writing cabinet, 6 place St Germain des Prés – a totally appropriate location, for it is dedicated to letters and beautiful stationary. The atmosphere was very cosy and intimate, with an almost candle lit feel to the lighting. 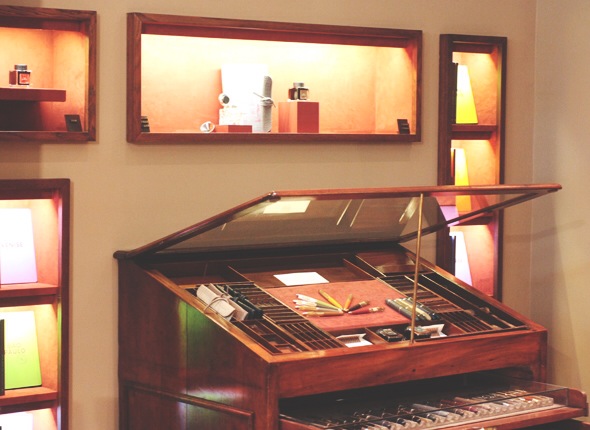 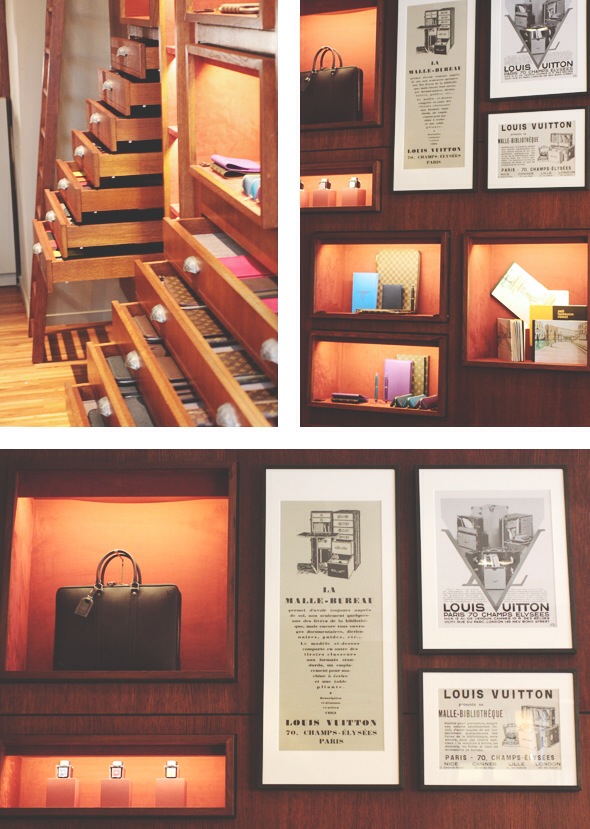 You can buy books like « Travel books Vuitton », illustrated travel journals (by Lorenzo Mattoti for Vietnam, Philippe Delhomme for New-York and Jirō Taniguchifor Venice… amongst others), precious quill pens, inks and unique pigments. 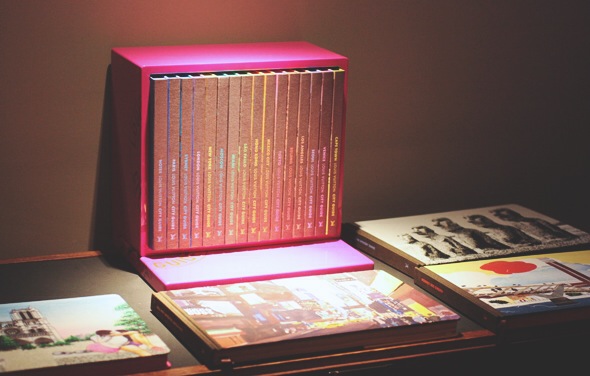 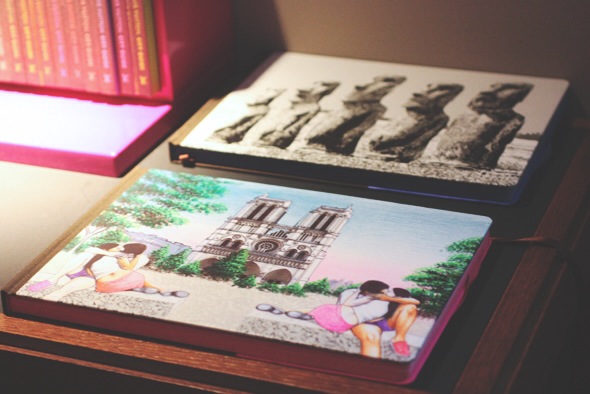 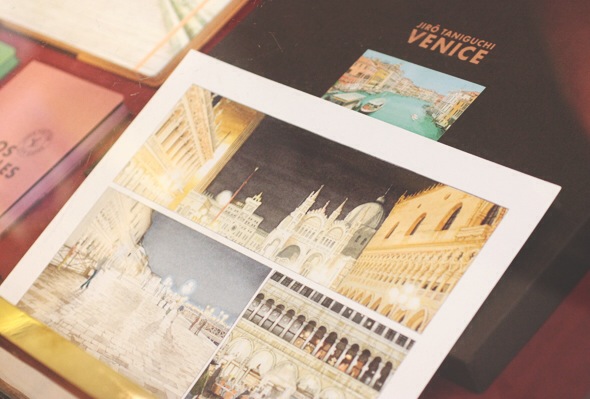 While waiting for « Master » Jiro, I admired the finesse of the details on an original board of the artist that was in a display case. Eye candy to say the least. 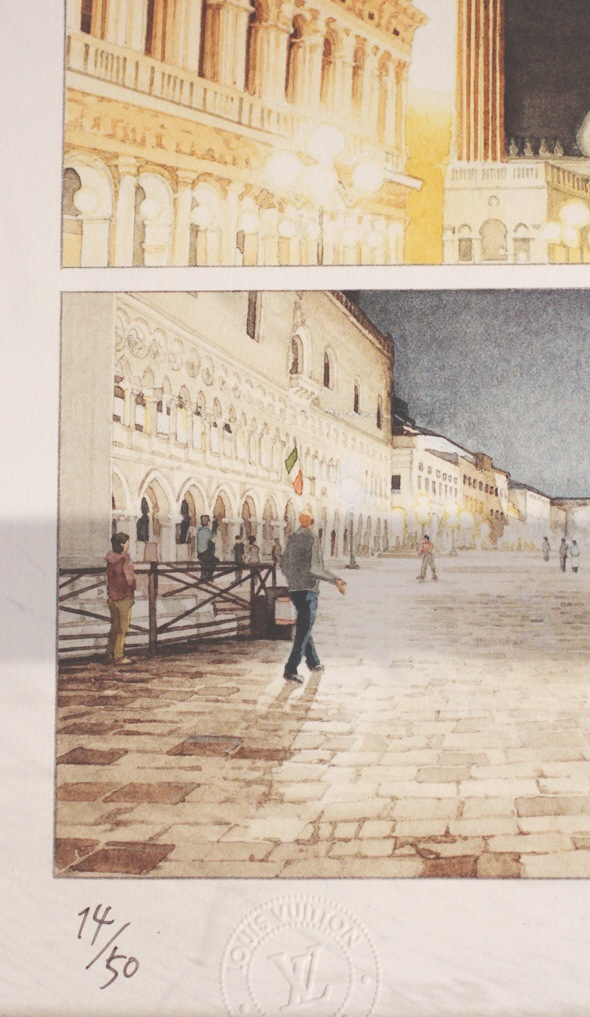 M. Taniguchi arrived with his translator. Such simplicity: a shirt, tshirt and sneakers, like any japanese tourist in Paris, but so impressive at the same time. A humility that can only bring respect. He sat down for a 2h30 autograph session. 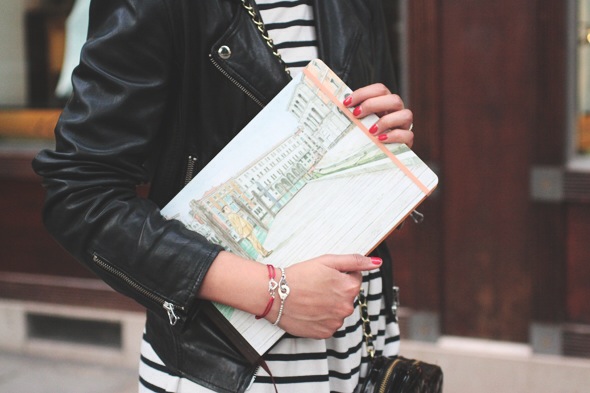 I got to meet him first. We greeted each other, with some hesitation. 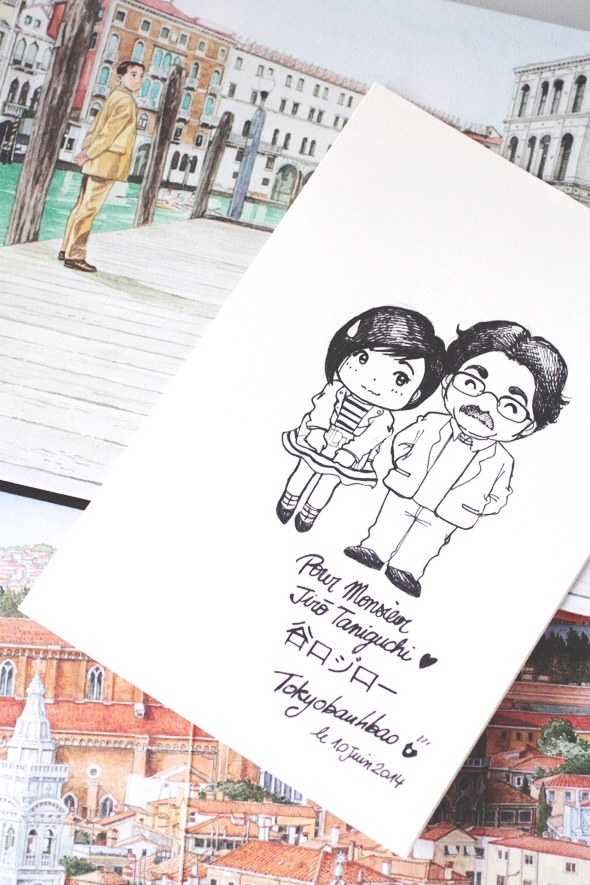 To break the ice, I offered (with a racing heart) a little drawing I had made for him: he smiles, tells me he likes it alot and that he seems much younger on the drawing! I answer that, as in his books, where he regularly describes flashbacks and other nostalgic moments of the past, I had to draw him at a younger age! He smiles.

We sit down and the interview begins. 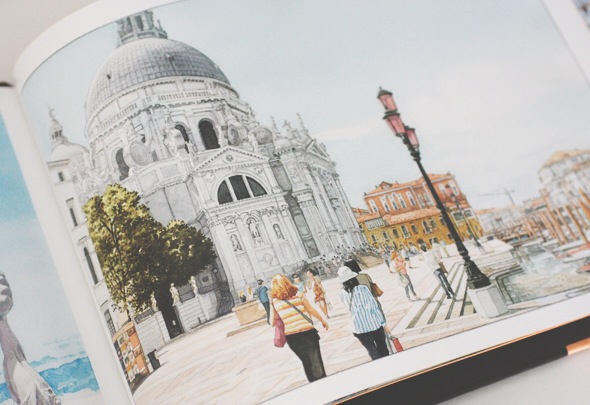 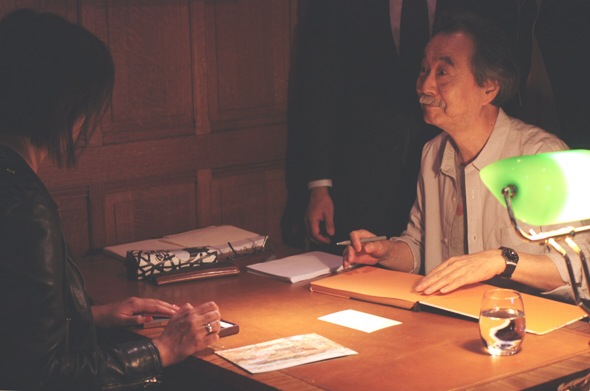 TKBB: Hello M. Taniguchi, I’m really glad to meet you, you can’t imagine. Can you tell me why you chose Venice for the Vuitton travel book?

JIRŌ TANIGUCHI : At the beginning, I was asked to choose between Paris and Venice. I had a penchant for Paris, but I said I’d really like Venice too. As it turns out, Paris was attributed to someone else (ndlr: Cheri Samba), so I worked on Venice.

TKBB. How did the trip to Venice go? How long did you stay? Were you travelling alone or with someone?

JIRŌ TANIGUCHI: I was with my wife, my translator and a japanse guide, whose husband is Venitian and who lives in Venice. We stayed around 10 days. We visited somewhat randomly, based on what the guide porposed, I wanted to discover places that weren’t traditionally touristy.

TKBB: So what did you see in Venice that could be considered unusual?

JIRŌ TANIGUCHI: something that can be found in the book actually! A huge ship going down the big canal, and that seemed to rise like a building much taller than all the venitian habitations…it was quite impressive! 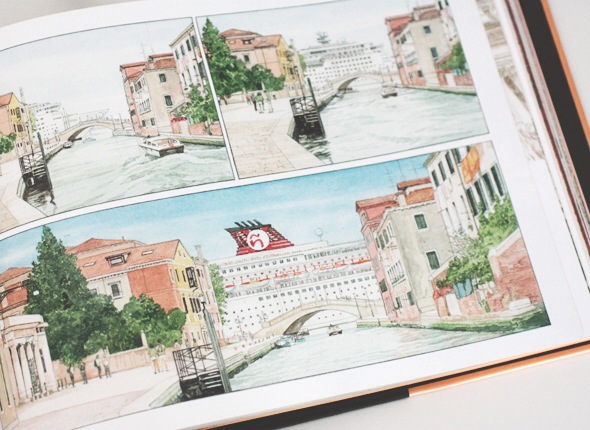 TKBB: How did the book come about? Did you work on it in Venice?

JIRŌ TANIGUCHI: No, I took a lot of picutres and drew everything in Tokyo.

TKBB: Your wife couldn’t go shopping in Venice while you were drawing then! 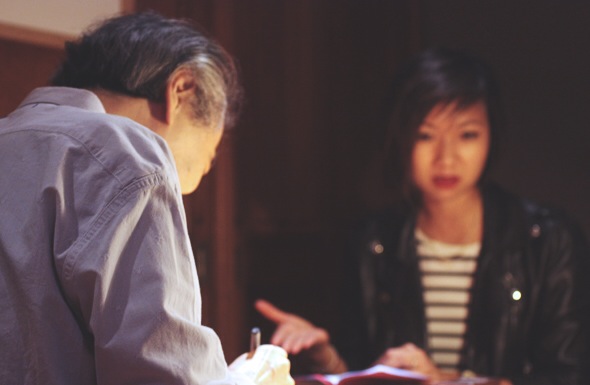 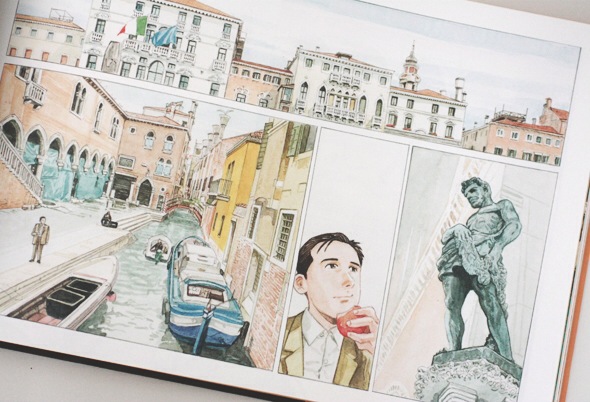 TKBB: What kind of music did you listen to for the book?

JIRŌ TANIGUCHI: I was listening to a lot of radio and film music.

TKBB: And what kind of background music would you recommend when people read your book? I heard you really enjoyed the French band Air.

TKBB: Haha! At least it’s not expensive to please her! 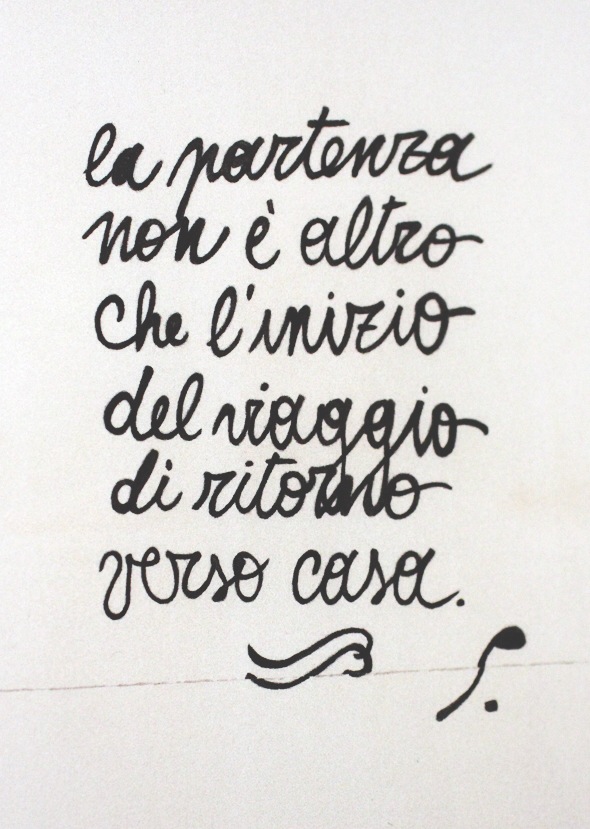 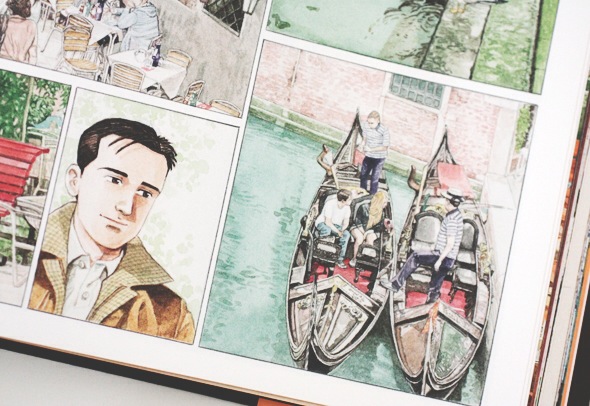 TKBB: I really enjoyed « the lonely gourmet », it’s the manga through which I got to know your work. If this lonely gourmet had to wander randomly in Venice, which dish would he choose to try?

TKBB:…during my recent trip to Japan, I realized the fascination japanese people have for France: what is it you like about europeans?

JIRŌ TANIGUCHI: I think I like their faces, their features (ndlr: hehe, the everlasting fantasy of « grass is greener elsewhere »)

TKBB: and for our finale: if you had to write another travel book, which destination would you pick (Paris not being an option)?

TKBB: thank you so much for answering my questions M. Taniguchi, Arigato gazaimasu! 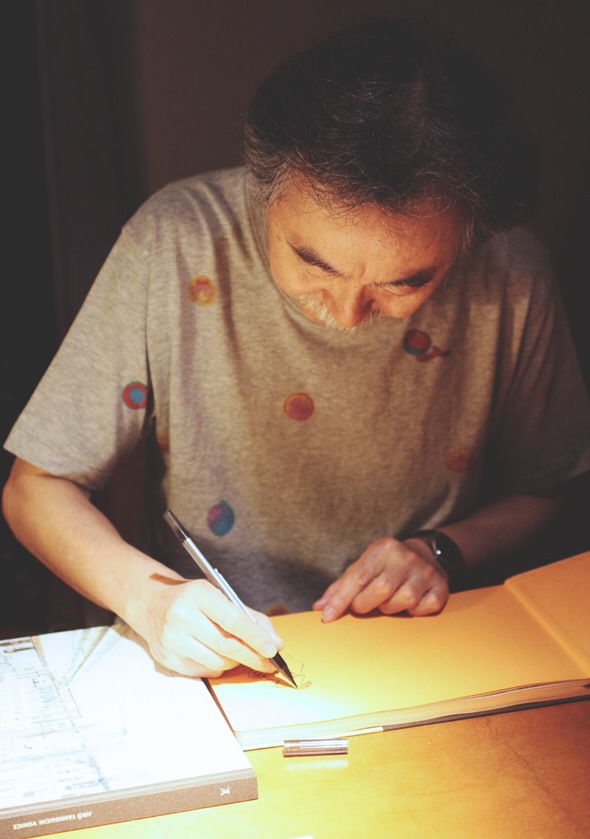 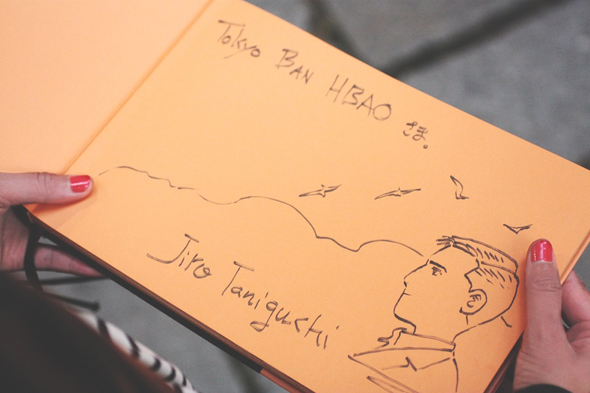 As we were talking he took the time to sign my copy (that I plan on admiring every day – and I’ll probably sleep with it tonight too). We also took a picture to capture our meeting…Such emotion! 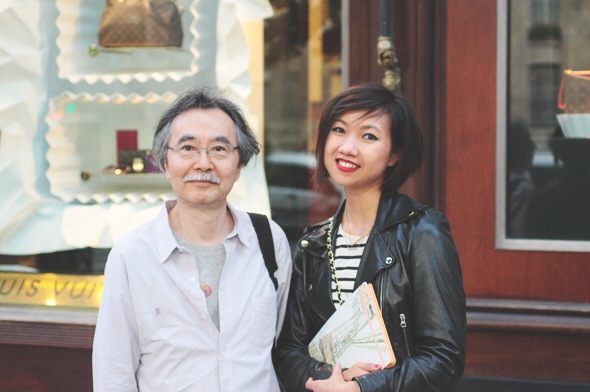 Meeting an artist that we truly admire is always such a special treat. Someone that you thought inacessible coming to life during a brief encounter….It’s kind of like when we leaf through a travel book: a faraway destination seems more familiar. So….when both are so intricately woven together, what more can you ask for? (English translation by Bleu Marine)