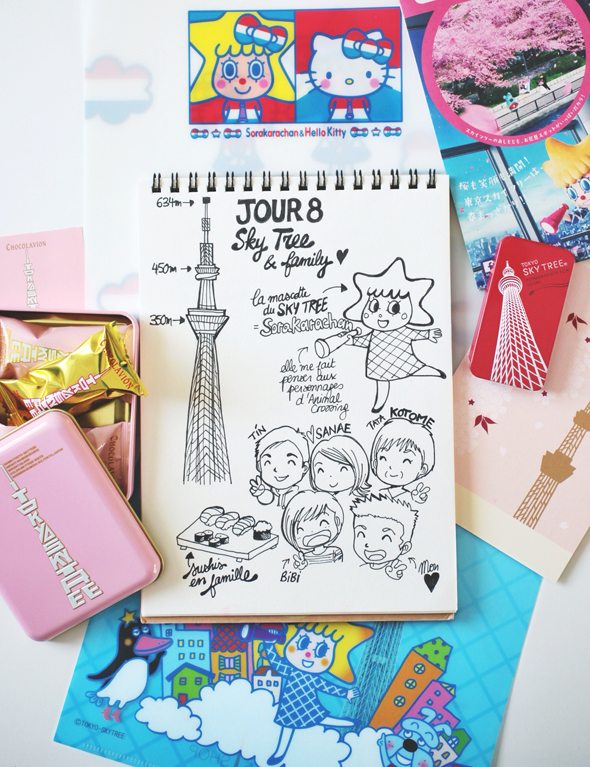 The early bird catches the worm! Today, we rose early again (but not as early as for the Tsukiji market!) to be there at 8 am, for the opening hour of the SkyTree, the great Tokyo observation tower. 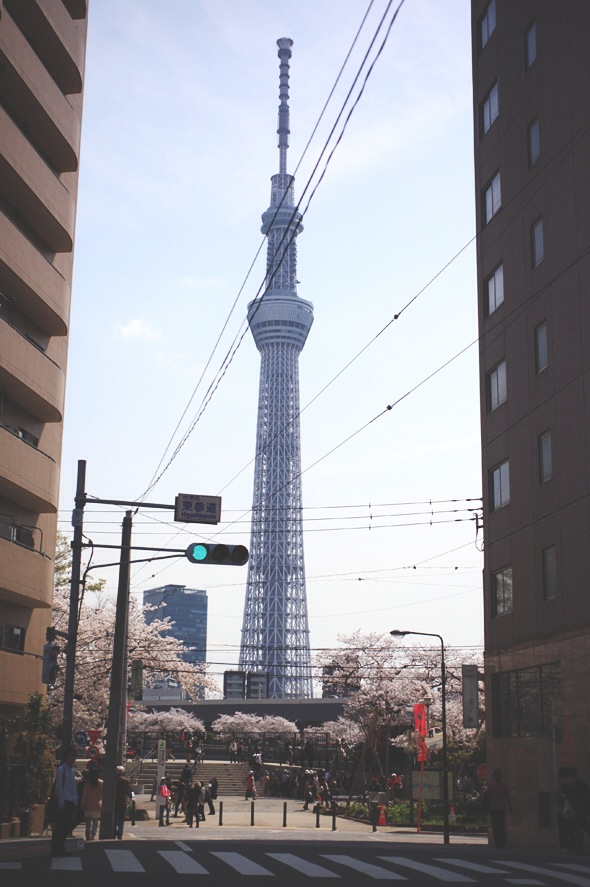 Before anything else, it is a radio/tv broadcasting station (like the Eiffel Tower), built in 2011. It didn’t exist at the time of my previous trip, and knowing that it is the 2nd highest tower in the world (643m high) right behind the Burj Khalifa tower in Dubaï (828m) really motivated us. 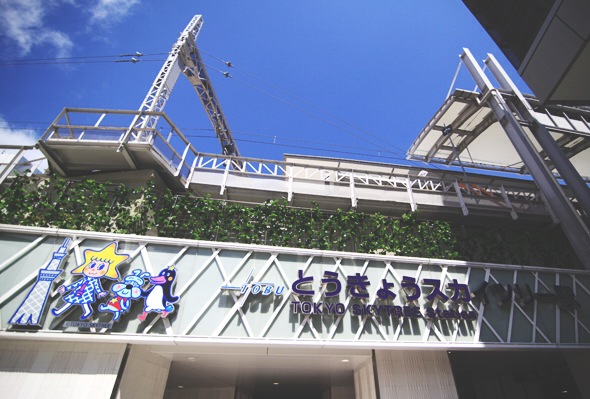 To be quite honest with you, ignorant as we were, we had tried to visit it a couple days before, but arrived at 11am. A beginner’s mistake: it was packed! You had to queue for a ticket that allowed you to make an appointment to buy a ticket: imagine the distress! 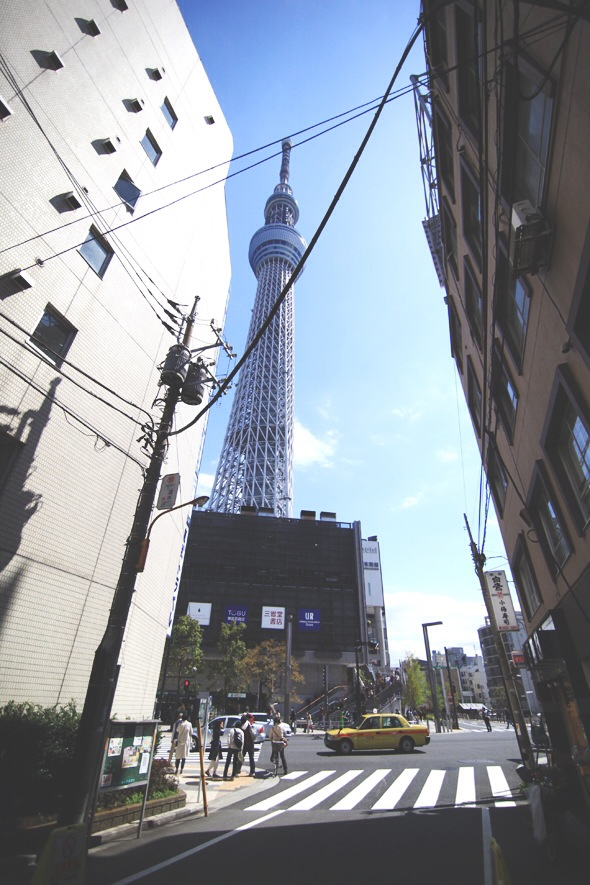 We gave up and postponed our visit. A wise decision, since if you are there for the opening hour, you get direct access to the ticket booth, without waiting at all.

Here’s my advice: you should either come before the opening hour, or late afternoon/early evening. It’s much easier to access. 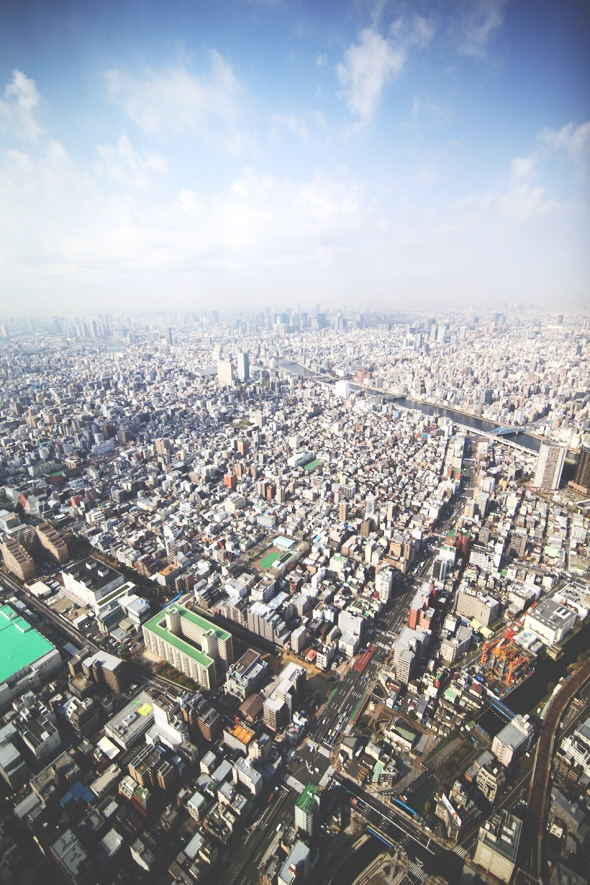 Once there, there are 2 observation levels: the Tembo deck (350m), where you can buy a 2nd ticket if you want to go higher up to the Tembo Galleria (450m). We visited both levels, and I wasn’t disappointed. 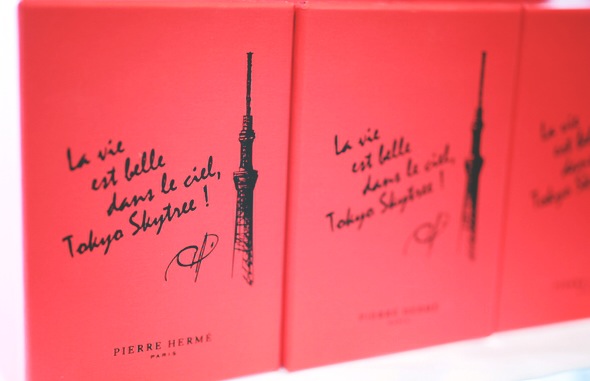 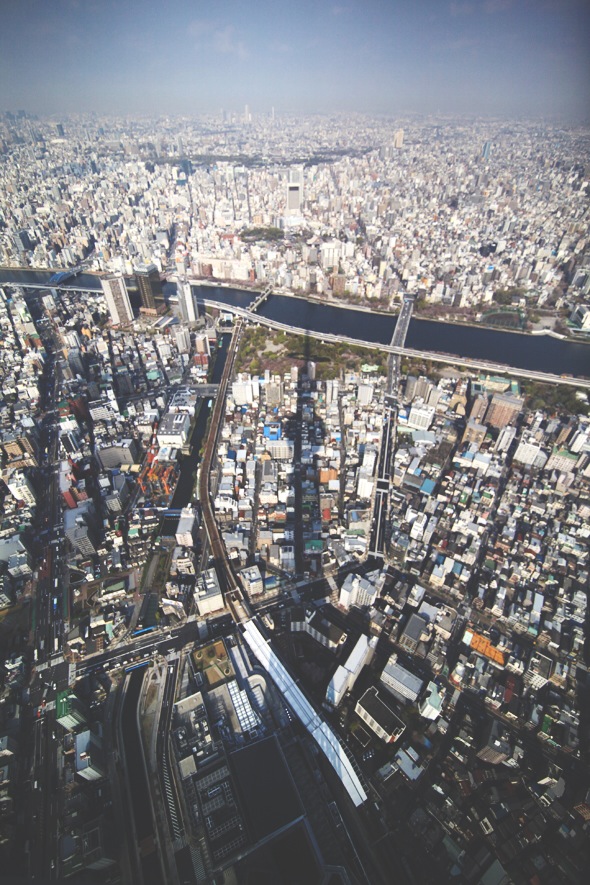 The view for one is extremely impressive from the 1st level: I had a “on top of the world/world domination” sensation (hehehe, evil laugh), like I was gliding: it’s a vertiginous feeling, quite strange, but that I didn’t find disturbing at all (personally). From way up there, you can really see all of Tokyo, on 360°. 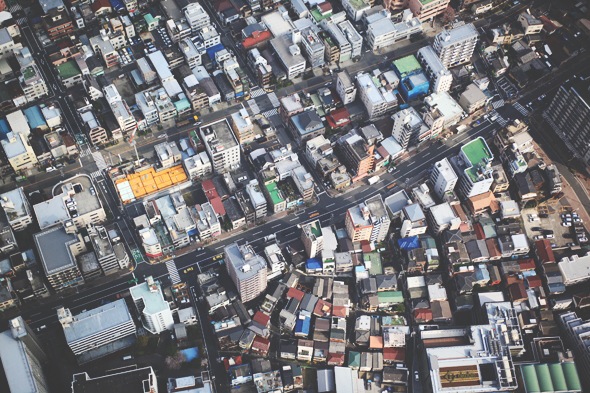 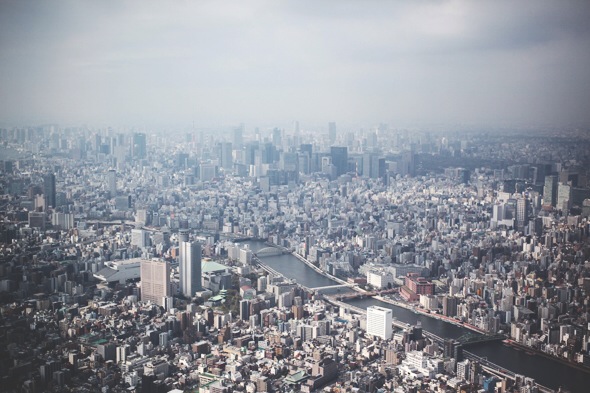 They also set up touchscreens, really useful to locate all the city monuments. 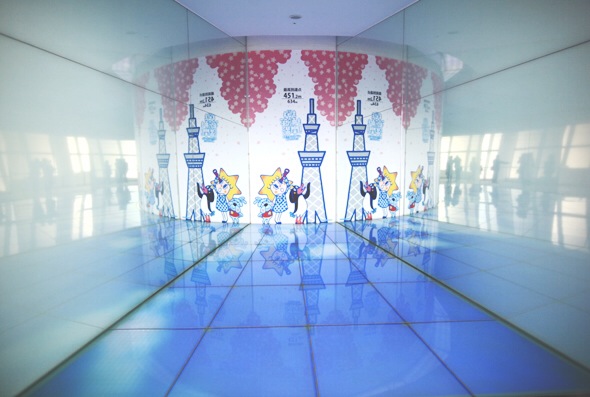 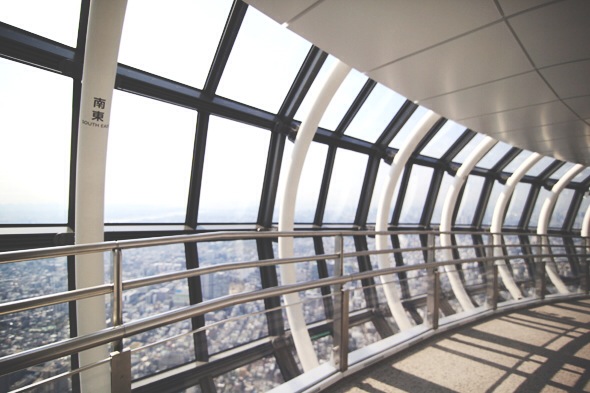 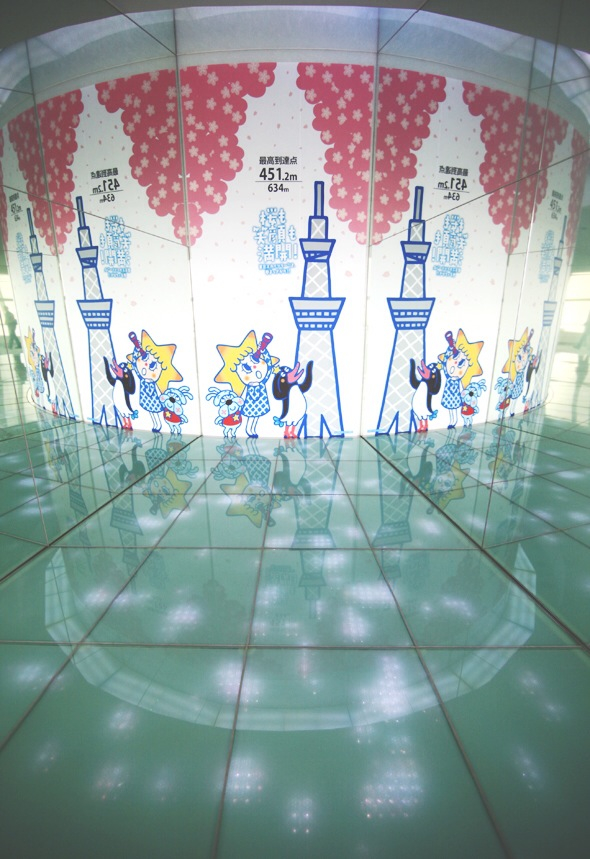 Once on the 2nd level, the Tembo Galleria, you have to take a steep pass – that you can guess on the outfit pictures- to get to the Sorakara Point, the highest accessible area of the tower (451,2m). 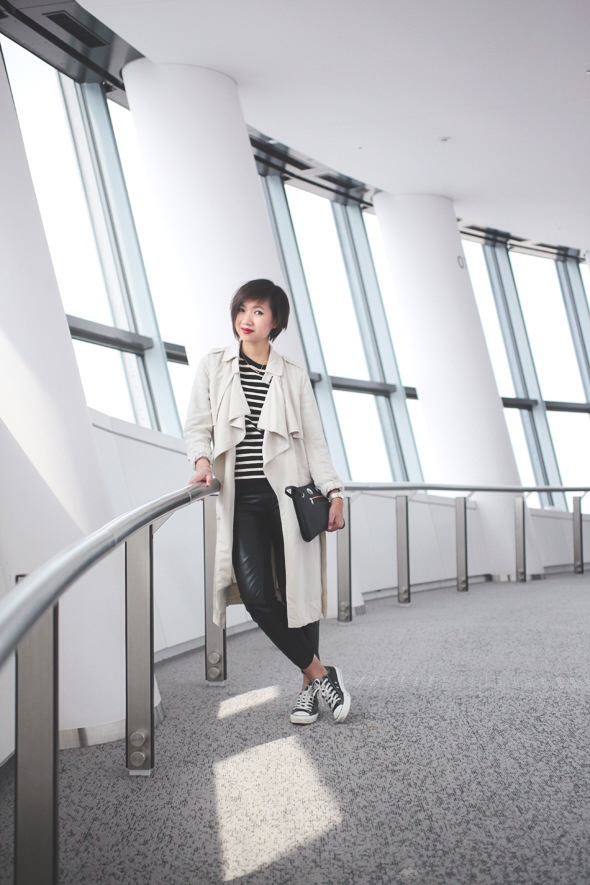 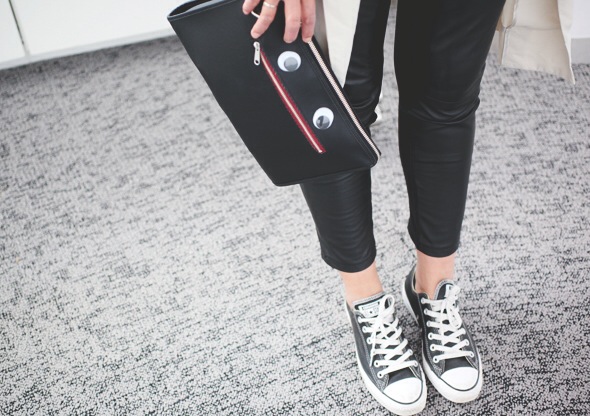 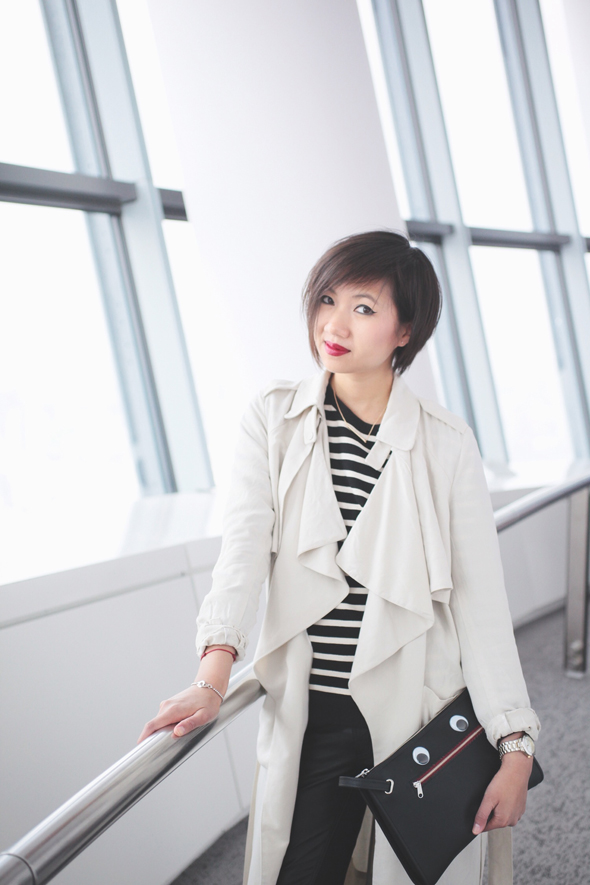 He took us for sushi in our Asakusa neighborhood: here’s the place where we had delicious sushi and chirashi. 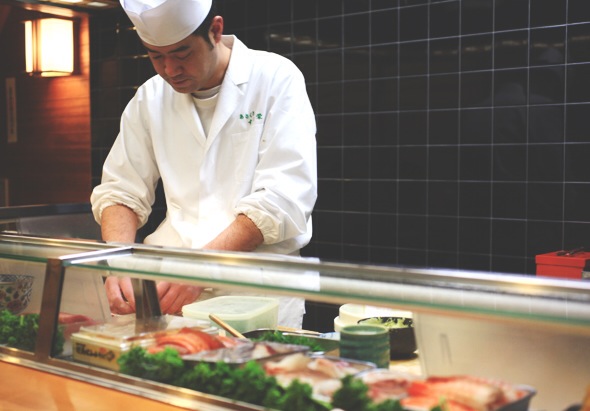 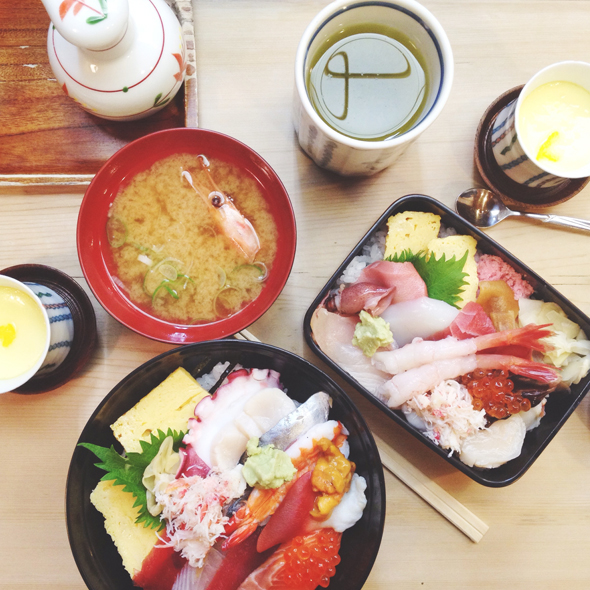 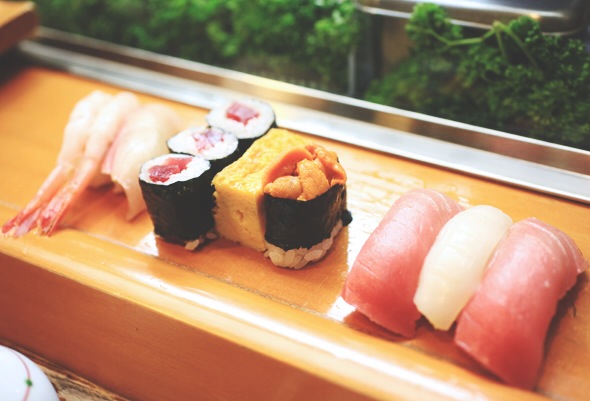 Afterwards we went for a little shopping spree in the area: I bought a pretty yukata (that I’ll be showing you soon) and see-through umbrellas in Don Quijote for gifts (=something totally common in Japan, but oh-so-exotic at home!)…

And then, turning an aisle, in the costume department, here’s what happened. Just a family reunion, right? (English translation by Bleu Marine) 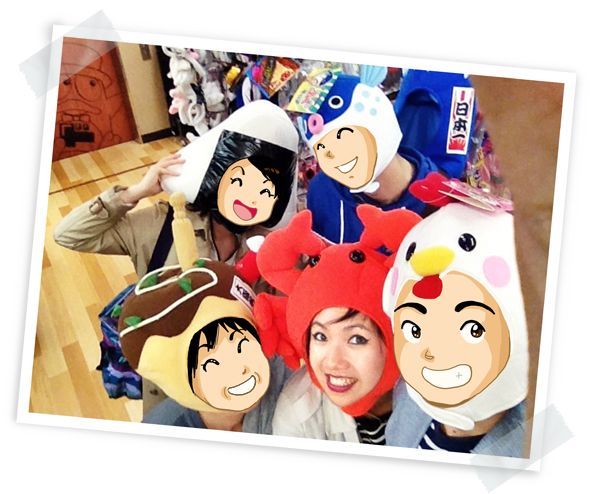