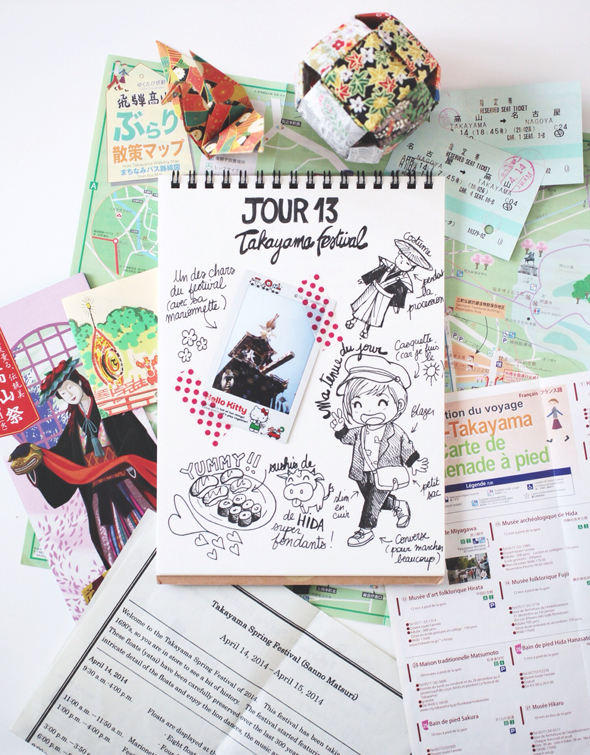 We left Nagoya very early to take the train (yummy bento for breakfast! hehe) and headed for Takayama to enjoy its spring festival for the day (the festival lasts 2 days: on the 14th and 15th of April). 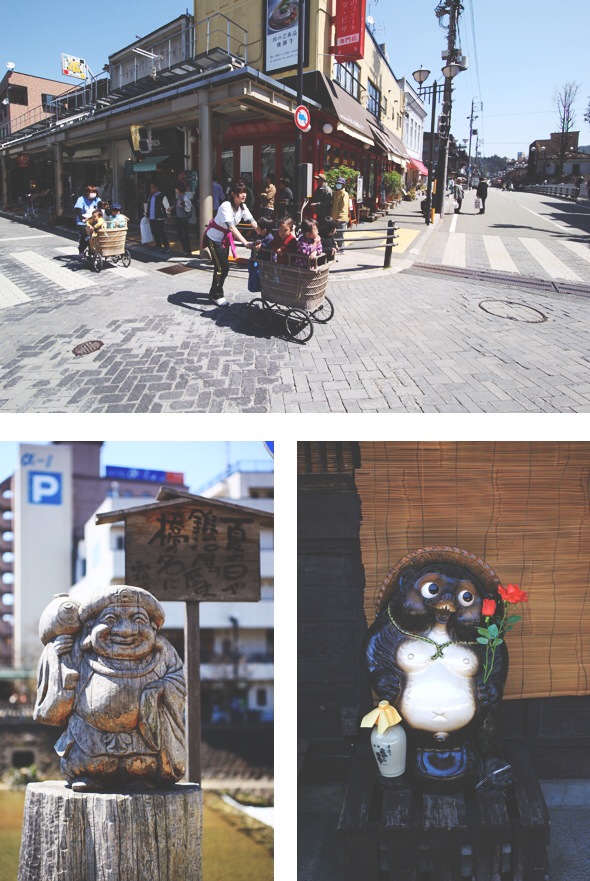 This festival (more commonly called « matsuri ») is one of the most popular festivals in Japan and many make the trip for this occasion, foreigners as much as Japanese people! But it is not suited for agoraphobic people: this place is packed. 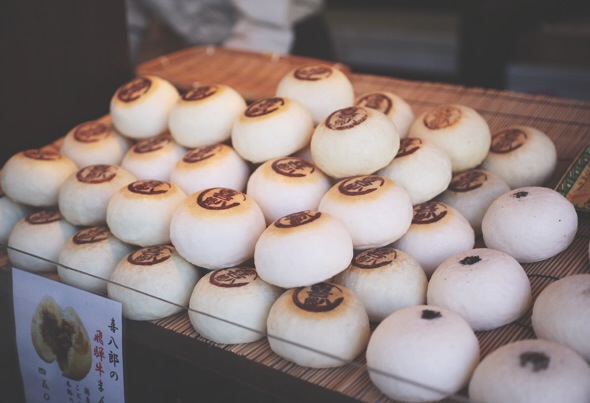 Takayama is a little town of Hida province, at the foot of the Japanese Alpes, famous for its tender beef (we’ll come to that later).

We find ourselves in front of a traditional village which is nice to stride along by foot. As soon as you arrive at the station, you can pick up the program of the festivities. 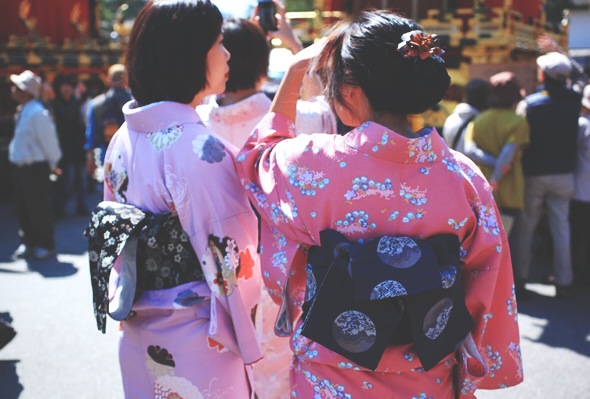 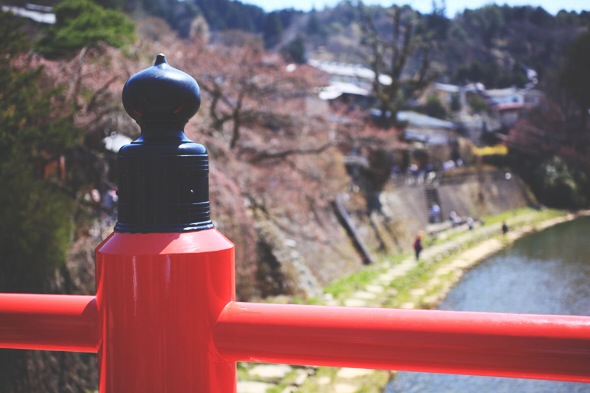 On the program : puppet shows on huge floats (=yatai) next to the red Nakabashi bridge, procession of the Takayama inhabitants dressed in traditional costumes, night parades with floats decorated with luminous lanterns

To see the puppet show (=karakuri), you need to jostle for position and not to be scared of the skin contact with your neighbor (graouuu). But it is worth it. 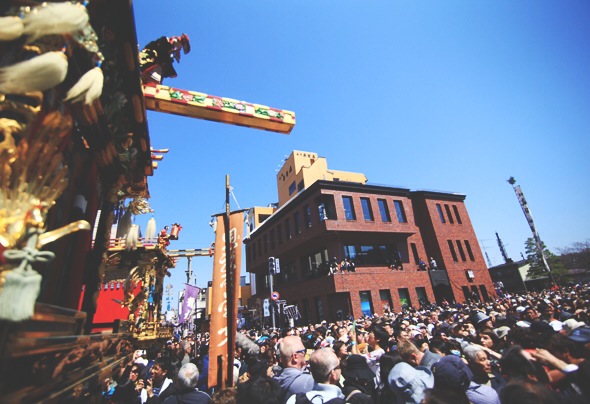 The floats, dating back from the 17th century, have the most beautiful ornaments and finishing touches I have ever seen. Apparently, these floats have been built by the best carpenters of the town, those who have contributed to the construction of Nara and Kyoto temples … You can imagine the very high level of skills these Gepettos with slanting eyes have. Take a look at this! 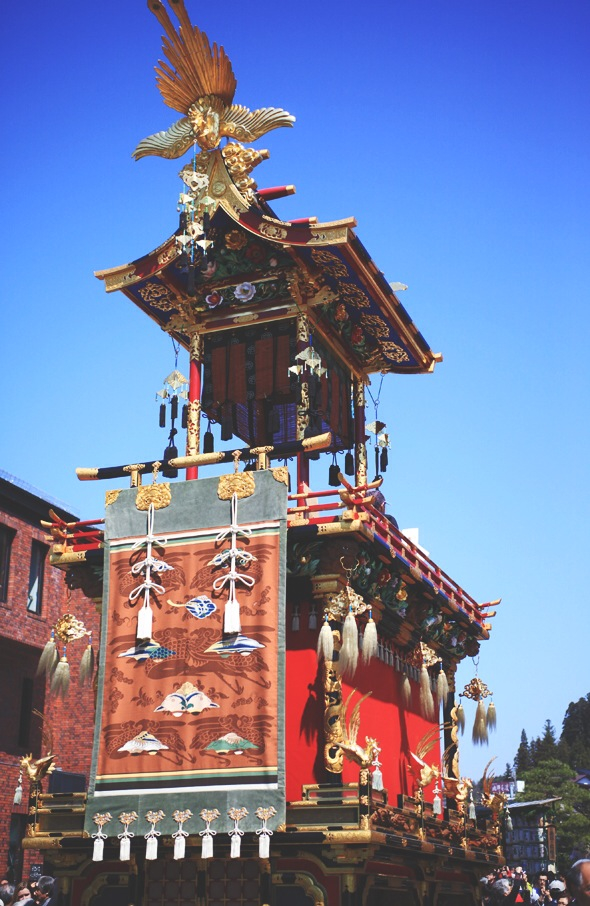 The show starts with the first puppet making its entry on the edge of a beam. (All eyes are up). It starts to move, as if by magic, on the sound of traditional music. 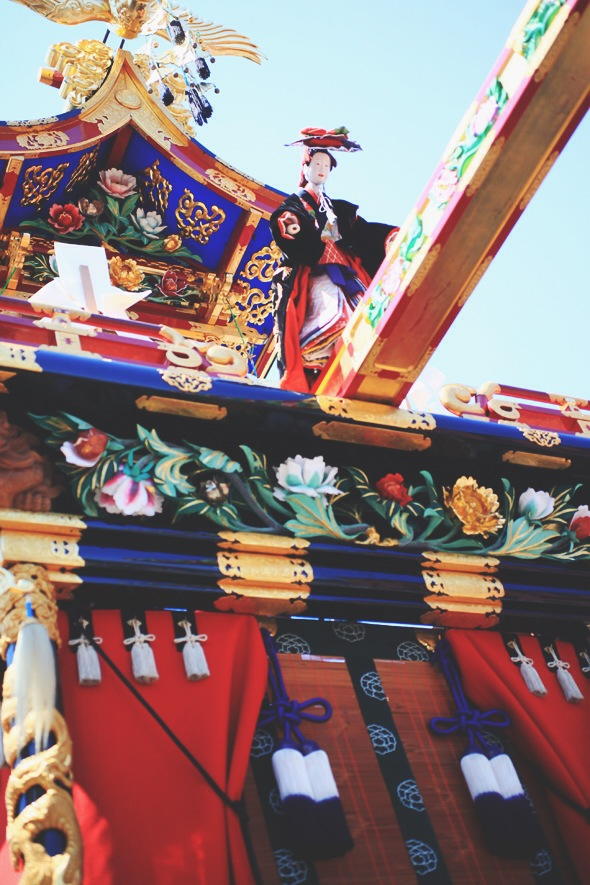 The gesture is amazingly accurate, almost human! Apparently, more than 8 people pull the threads of each puppet to animate it… Now I get it! 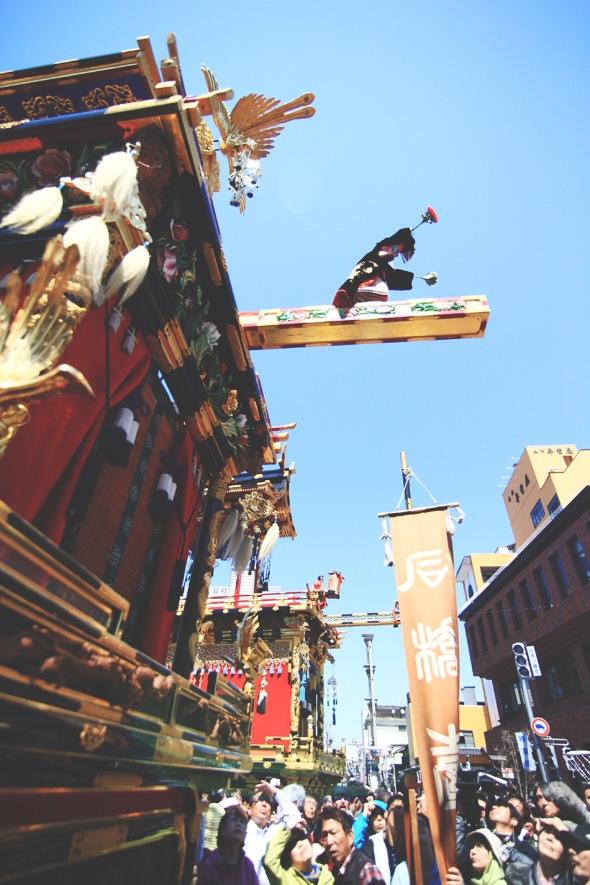 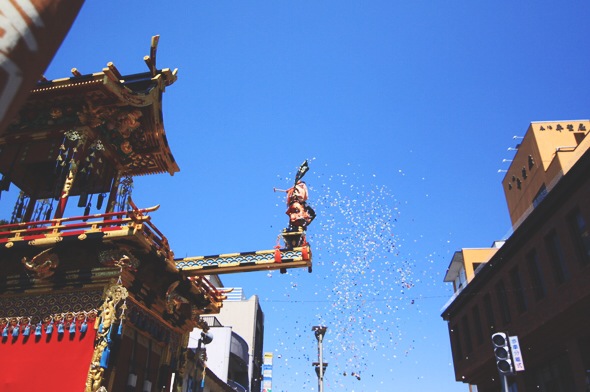 The 3 puppets on the different floats move in turns, sometimes taking the audience by surprise by transforming themselves (Tremple Arturo Bracchetti) or by letting blow a cloud of confetti. I was amazed.

After this beautiful show, let’s have lunch in one of the town’s restaurant. I don’t remember the name of the place (written in Japanese) but you will easily see it on the main shopping street, Honbashi Street. There is a queue in front of the beef sushi take-away stand: with these clues, you will find it, I am sure you will. 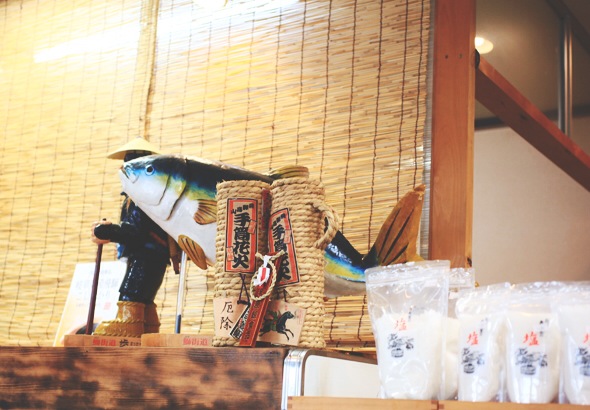 We decided to eat these delicious beef sushi of the Hida Province inside the restaurant. This beef, as well as the Kobe beef, is well known to be one of the best in Japan. The meat is tender and evenly marbled with fat (gaaaa!) because the cows got a special treatment: they are fed with beer and are massaged while listening to classical music. 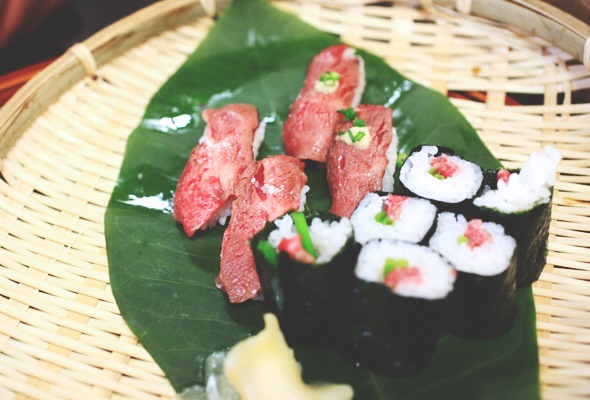 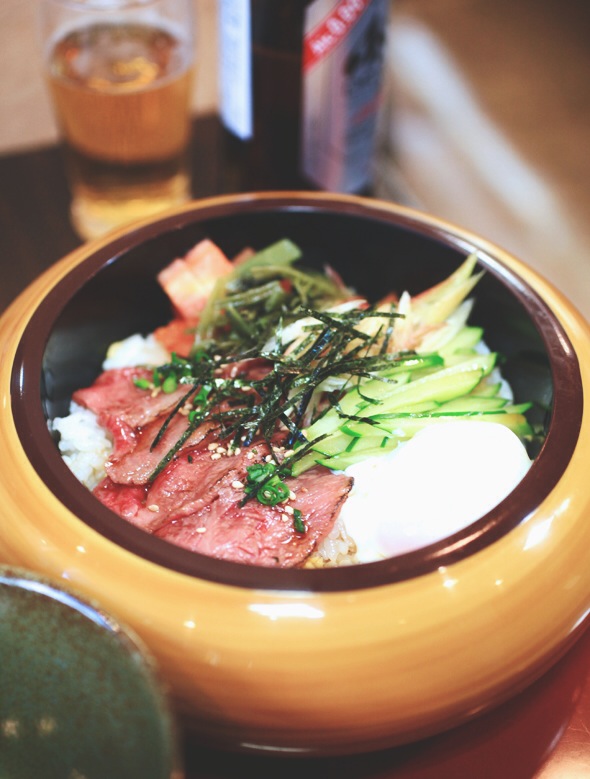 These sushi are a real delight which, in the mouth, are equivalent with fat tuna sushi. You can chose to order a Hida chirashi beef. 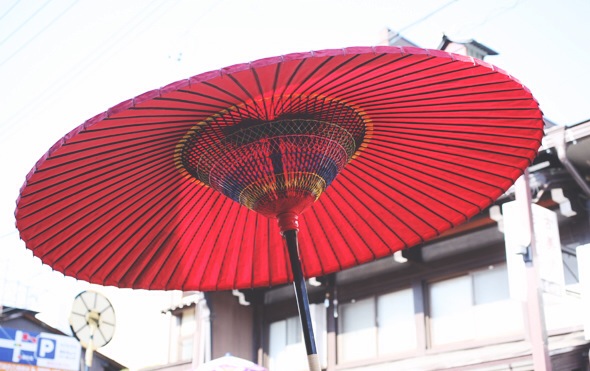 After having regained our strength, we went to the procession allowing us to admire the residents dressed in costumes, transporting a beautiful sacred altar.

A little walk in Takayama 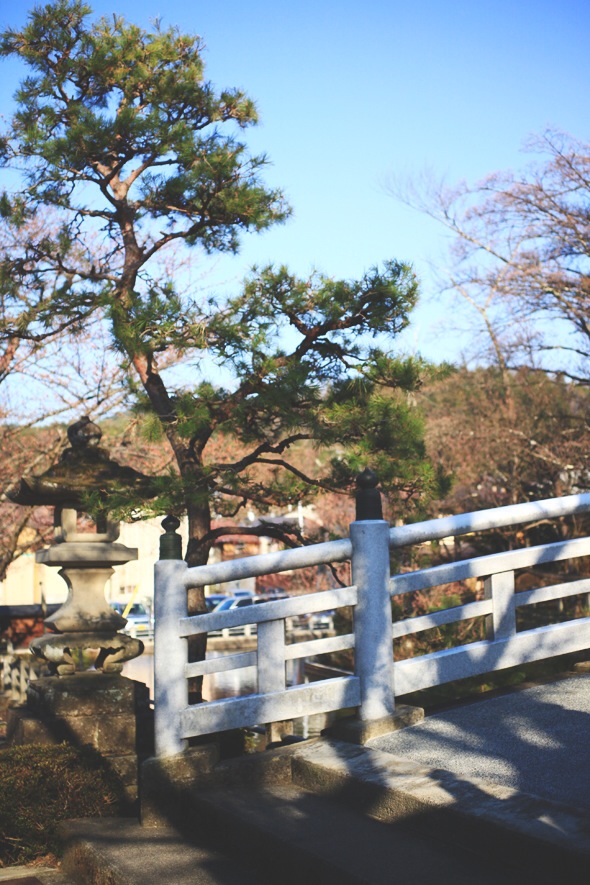 Then we went for a little walk in the town (you can get a map of walking tours on the site), getting away from the crowd in order to get a glimpse of the more authentic face of Takayama. 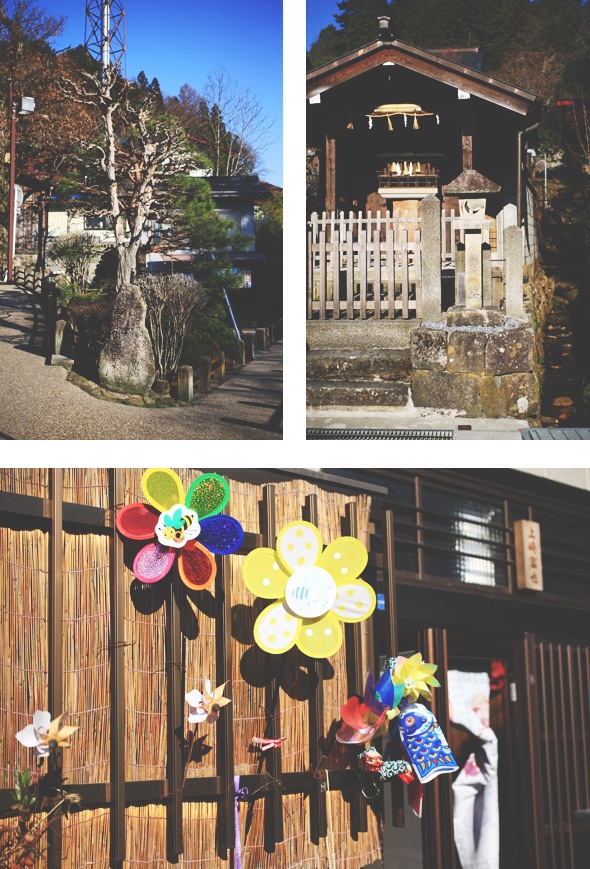 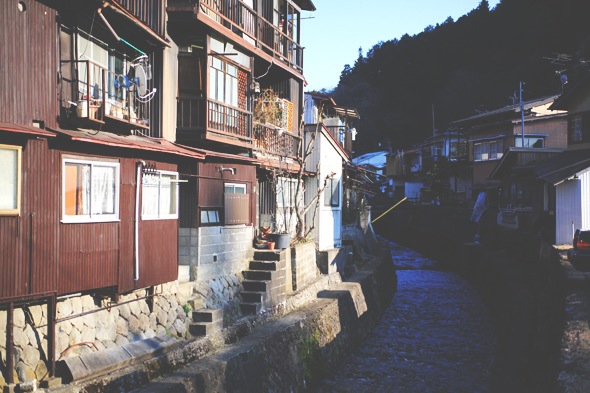 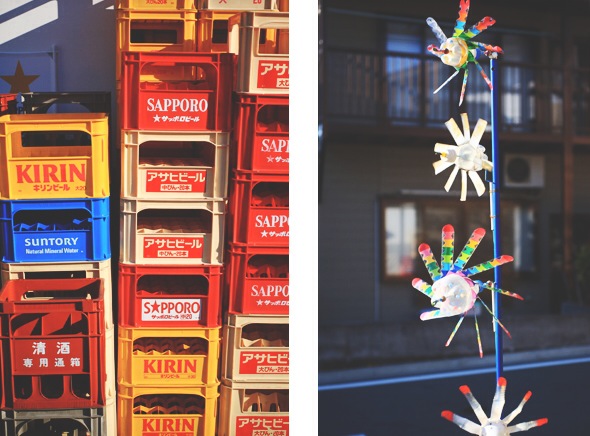 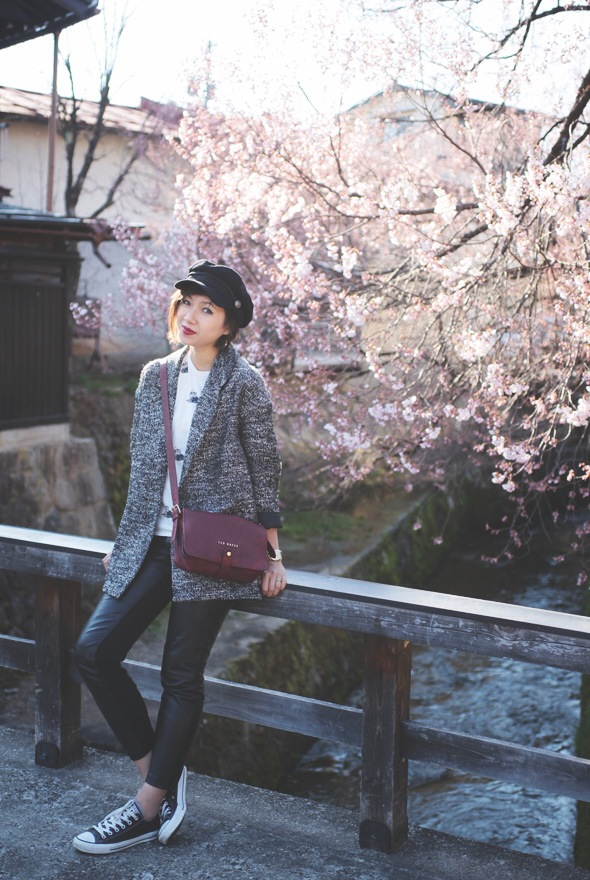 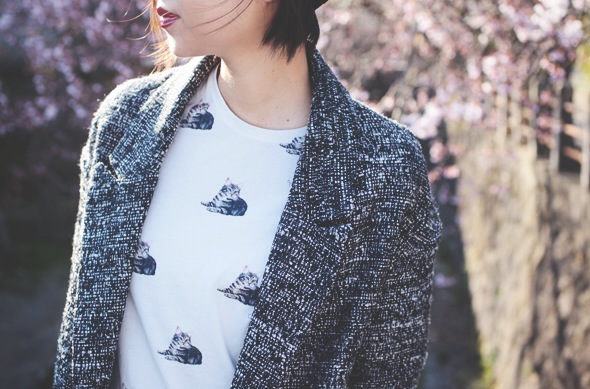 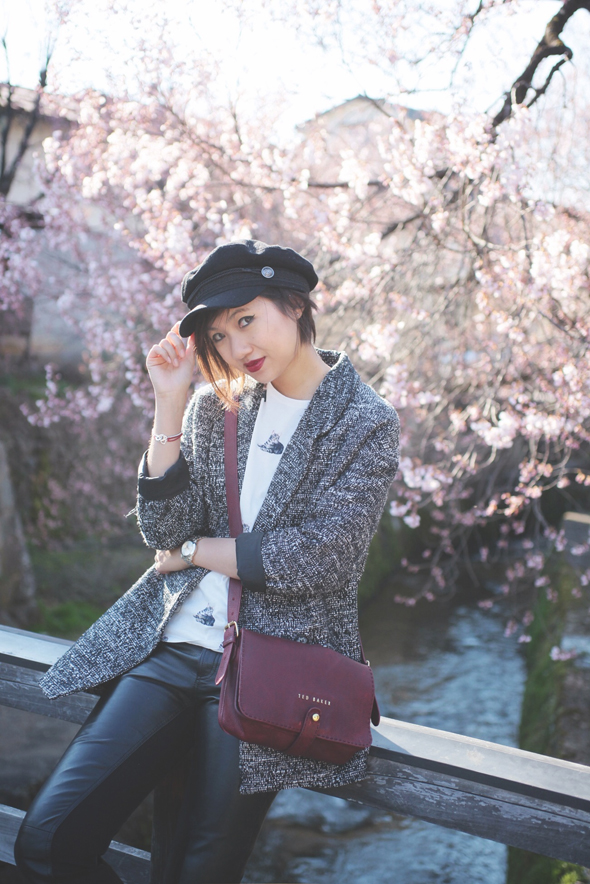 There is another procession of lantern decorated floats during the evening but unfortunately we missed it as we had to catch the last train (expected to leave at 6.45 pm). The best would then to spend the night at Takayama to fully enjoy the Festival but apparently you need to book several months ahead! You are now fully advised! (English translation by Daphné)