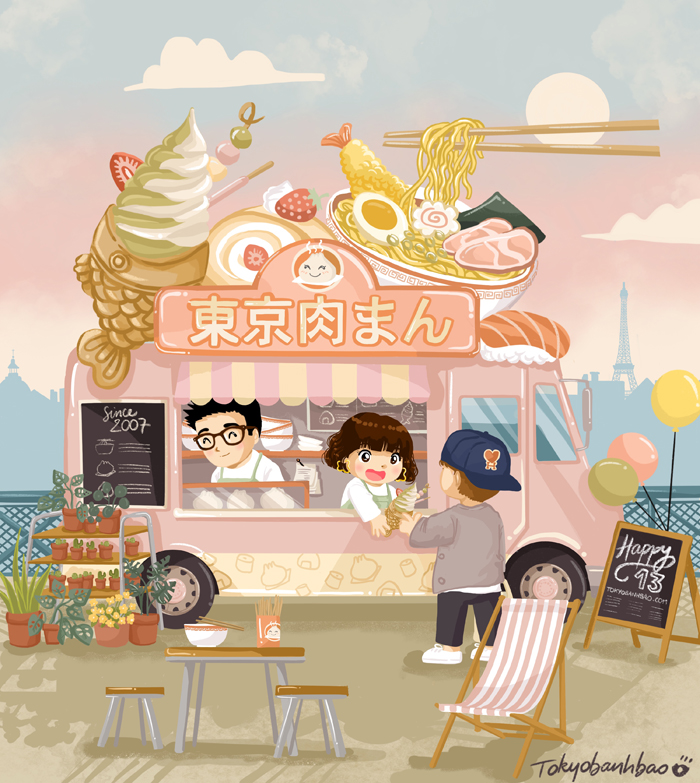 Year after year, when I see the 25th of May on my calendar, I have a smile on my face… I don’t really celebrate it every year but I always remember this day of 2007 when I had the idea to start a blog « to see », just because I thought it was a great idea to chat with people from around the world, and also because I was bored of writing long comments on other fashion blogs (Balibulle or Punky B for instance) and that I needed a new space to express myself and create.

Social networks didn’t exist at that time (but MSN did !), it was the time when the only way to communicate with you was the comment area below. Honestly, I would have never thought that I could be writing you here 13 years later… Some of you have been following me since the very beginning, some of you later on and other just found out about this blog : I grew up and got older with most of you, while sharing my passions and this sounds just crazy.

We read quite often this enthusiasm in blogger interviews and I won’t be original because, yes, this blog changed my life (human relationships, life-experiences…). I’ve kept doing what I like and I don’t regret anything.

But why should we expound on this anniversary, this particular year? Maybe because this year I also turned 40 and 13 is traditionally known as a lucky number and the blog has been a lucky charm for the past 13 years. I’ve changed since the beginning (stylistically/physically speaking, it’s the more obvious), my aspirations and concerns as well, but I think I’ve remained loyal to my initial desire : being sincere and enjoy every single time.

With this article, I will rewind these past 13 years to sum up the best (and the worst), even though I didn’t transfer all the archives on this blog that officially started in 2008. As I told you I don’t regret anything : all these years have contributed to be what I am today and I hope I’ll keep being in touch with you here or elsewhere the coming years. I don’t know where it’ll take me but it will always be a pleasure to write and share here, I’ll keep doing it.

To laugh and see the all the changes over these past 13 years, here is a selection of my best souvenirs and funny looks/hairstyles year after year. There would have so many things to say, but here is an overview (if you want to go more into details, you can freely read everything from the beginning!). I assume all of it, ahah!

And eventually, to be even more cheesy, it’s time to say THANK YOU from the bottom of my heart, it’s also thanks to YOU, or it wouldn’t be the same at all <3

I hope you enjoyed this retrospective : at least it will show me how I’ve changed (like a Pokemon evolution ?) and I really hope we will share more experiences together in the coming years (… with or without walker?). (English translation by Quiterie)